How Google Attacks Problems - Not People

One Friday afternoon in 2002, long before his company became a household verb, Larry Page walked into the office kitchen and posted some printouts of results from Google’s AdWords engine. On top, in big bold letters, he wrote, “THESE ADS SUCK.”

At most places, this would be seen as cruel—an arrogant executive publicly humiliating his hapless employees for shoddy work—but not at Google. In fact, his unusual act was a show of confidence, defining a tough problem that he knew his talented engineers would want to solve.

In their new book, How Google Works, Eric Schmidt and Jonathan Rosenberg describe what happened next. By early Monday morning, a group of engineers sent out an email that not only resolved the problem, but helped transform Google into a profit machine. The episode exemplifies 4 principles that enable the company to attack problems so effectively.

1. Recognize That People Want To Do A Good Job

Back in the ‘80’s, “Chainsaw” Al Dunlap was the prototypical CEO. He would ruthlessly downsize, firing thousands of employees in the process, with the purported aim of “creating shareholder value” and instilling a “culture of accountability.” His performance earned him a place on covers of business magazines with glowing headlines.

If Page had instilled that same culture of accountability, he would’ve run straight down to the ads team and took them to task. He could’ve threatened to fire them, demanded that they work through the weekend and promised that, unless the problem was dealt with quickly, there would be hell to pay. Most companies work like that.

Yet what Page did was something else altogether. He didn’t threaten to fire anyone or demand “accountability.” Rather, he offered his engineers a difficult and interesting problem to solve, confident that someone would want to accept the challenge. That speaks volumes about the culture he and Sergey Brin created at Google.

2. Given Enough Eyeballs, Every Bug Is Shallow

Another interesting aspect of the incident is that Page didn’t go to the AdWords team, but posted the problem in the kitchen where the whole company was bound to see it. In most companies that would be seen as harsh, purposely embarrassing an underperforming team.

Yet the employees at Google recognized it for what it was. Larry Page was simply abiding by the mantra of the open source movement: Given enough eyeballs, all bugs are shallow (also known as Linus’s Law). And the engineers responded accordingly. 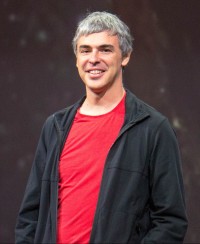 Google is a large company, with nearly 50,000 employees strewn across more than forty countries and, from an organizational standpoint, it looks like many other companies of similar size. It has a hierarchical command structure that manages multiple divisions. Yet the difference is that it doesn’t let its organizational structure dictate its operational practice.

That’s why Google still, in many ways, is able to operate like a startup.  Its leaders recognize that while some of the trappings of a large corporation are inevitable, you can still preserve your ethos. You never really have to grow up as long as you maintain your sense of wonder and excitement.

3. People Perform Best At Tasks That Interest Them

It’s also important to remember the context of the incident, which took place in 2002, just as Google was gearing up for its IPO. There was an urgent need to beef up revenues and the problem with AdWords was a serious impediment to achieving that. Most CEO’s wouldn’t have put up a note in the kitchen; they would have made sure they got their best people on it.

But think about what would have happened next. A meeting would have been called and, because the “best people” are usually very busy, it would have taken a few weeks to set up. They would have discussed the problem, suggested possible solutions, tested the most promising ones and, if they were lucky, they might have had an answer in a few months.

Yet Page understood that the “best people” would be those that were interested in the problem. As it turned out, while glitch in AdWords was complex problem for most people, it was relatively basic for search engineers. They quickly recognized that implementing an “ad relevance score” and ranking ads that way would be a perfect solution.

So the “best people” weren’t chosen by Larry Page, they chose themselves and proved so adept at the task that the AdWords problem was solved over a weekend—far faster than most CEO’s can organize a meeting among “top people.”

4. Great Leaders Provide A Sense of Mission And Purpose

Many managers are fond of saying that they consider talent to be their number one priority, by which they usually mean hiring people that went to certain schools or had senior positions at key competitors. However, talent is overrated. It is only effective when directed by passion and purpose.

I once had a business unit manager that seemed completely incapable of coming up with creative solutions. We mutually agreed that it would be best for her to leave our company and she went on to be a very successful interior designer. Obviously, she had no shortage of talent, but it only came to the fore when she could apply it to problems she cared about.

That’s why culture is so important. It’s self selecting. In enterprises with strong cultures, everybody knows where they want to go and do what they need to get there. In weak cultures, people just do what they’re told. They perform tasks, follow the rules and try not to colour outside the lines. There’s no mission to be passionate about.

When Larry Page posted that note in the Google kitchen, he knew the culture at Google would go to work. He didn’t have to spell out what to do because he’d already created a company with a mission and a purpose. All he had to say was: “These ads suck.”