Why Your Business Model Will Fail

Every great idea begins as a revelation. Yet when that flash of insight leads to action, it inevitably encounters the real world and that’s when hard lessons are learned. Adjustments have to be made and, with some luck, success can be achieved. But profitable models rarely come easy.

With growth, comes procedures, processes and a management team to support and strengthen the model. New employees are indoctrinated and it becomes an intrinsic part of the organization’s identity, almost like a corporate version of DNA.

Unfortunately, at some point the model will fail. That’s always been true, but now it happens with blazing speed. These days, startups like Instagram and Pinterest become billion dollar businesses in a matter of months—not years—and that pace will only accelerate. Clearly, we need to stop planning for stability and start managing for disruption.

The Unlikely Origins Of Business Analysis 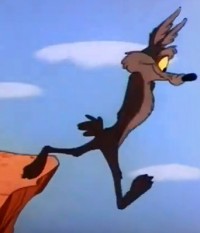 You judge a business by its metrics. By applying statistical analytics you can begin to understand if you’re addressing market needs and serving consumers well. Yet, ironically, modern statistical analysis did not originate in business, but astronomy when, in 1801, Giuseppe Piazzi noticed a small body in the night sky.

At first, he thought it was a comet, but it soon became clear that it was, in actuality, the dwarf planet now known as Ceres. He tracked it for 40 days before it disappeared behind the sun and astronomers were unsure how to find it again.

It was then that a young man named Carl Friedrich Gauss applied his method of least squares to historical patterns and was able to predict the orbit of Ceres. Shortly after, as if by magic, it appeared exactly where he said it would be. Gauss showed that by rigorously analyzing the past, we could know a lot about what the future will look like.

Gauss went on to become the most influential mathematician of his time and his work formed the basis of many of the statistical techniques that modern day management employs, such as regression analysis, confidence intervals and statistical significance to make sense of a messy world.

The Search For Six Sigma

The man who taught the world to implement Gaussian methods was Ronald A. Fisher. In the 1920’s, he pioneered the design of controlled experiments and his impact on 20th century science is hard to overestimate. Modern statistics courses are, in large part, devoted to Fisher’s ideas.

Before long his methods were adopted by business. Managers began to collect data and analyze it meticulously. Eventually this led to the Six Sigma movement that was developed in the 1980’s. Much like Fisher’s earlier techniques, it was thought that by controlling every aspect of the process, uncertainty could be tamed.

It didn’t turn out that way. Many, Nassim Taleb in particular, argued that control was a dangerous illusion. Anything that met a basic standard of statistical significance (usually 95% confidence) was treated as fact. False certainty led managers to discard inconvenient information as “outliers,” leading them to miss important inflection points.

Yet there is a more fundamental problem with Fisher’s methods and Six Sigma type approaches. They assume that, much like finding the orbit of a celestial body, the objective of strategic analysis is to separate the signal from the noise—to find the one “true” answer hidden in all of the data. Yet business isn’t physics, its universe changes all the time.

The Past Is Not Always A Good Guide To The Future

A good business model is predictable.  It throws off profits, which are invested back into the business, making it more efficient and increasing profitability further. Over the years, the underlying model is deepened and becomes second nature. Systems are designed so that operations run smoothly and employees are trained to execute it well.

Yet if the key to success was discovering an effective model and honing it to perfection, then businesses would consistently improve over time and we know that’s not true. Certainly, Blockbuster and Kodak had successful models and efficient operations, but ultimately failed nonetheless. Today, once successful firms are disappearing off the S&P 500 at an alarming pace.

It’s easy to dismiss companies that fall from grace as sloppy, with poor discipline and incompetent management. Yet, in fact, that’s rarely the case. Most often it’s because business leaders expect the future to conform to their rigorous analysis of historical trends.

This has always been true, but now we live in a time of accelerating change. The power of our technology will increase roughly as much in the next year and a half as it has in the last thirty. As the economy of bits pervades the economy of atoms, every industry is being disrupted. The past is no longer prologue, it’s just how things used to work.

Managing Not For Stability, But For Disruption

Every great idea begins as a revelation, comes to life as a paradigm and is eventually surpassed. As Thomas Kuhn describes in his classic The Structure of Scientific Revolutions the first whiffs of change come not as new trends, but anomalies that don’t fit the model. They are easily explained away.

Yet they persist. Disruption always seems strange to us, because it always starts with them. It is those on the outside, who derive little or no benefit from the existing paradigm who are the first to start putting the pieces together. They have no loyalty to a model and no stake in the status quo. It is not stability they seek, but disruption.

Business models, even the most successful ones, are designed for inertia. They are great for leveraging past insights, but are resistant to change. Success does not, in fact, always breed more success, sometimes it breeds failure. History has a way of blinding us to the possibilities of the future.

That’s why we need to continually reevaluate how create, deliver and capture value. In an age of disruption, the only viable strategy is to adapt.