How To Outsmart the Crowd

Most of us live busy lives. There is work, family, maybe a hobby or two and the need for some leisure time to refresh our batteries. So the amount of things we devote serious thought to is necessarily small and we get in the habit of not paying attention to much that goes on around us.

In the great majority of cases this is harmless, even prudent. We conserve our cognitive energy for things that are meaningful to us and let the rest sail by. Yet often, when tragedy strikes, it becomes clear that many people were aware of the problem, even laughed about it, but chose to do nothing.

Yet once you get into the habit of ignoring things, it becomes increasingly likely that you will miss something important. We often feel something is wrong, but look away and let the pangs of unease subside. There’s comfort in numbers, so it’s easy to go along with the crowd. However, crowds are often stupid. Simply going along with them can lead us horribly astray.

The Truth About Foxcatcher

The movie Foxcatcher won five Academy Award nominations for its portrayal of John du Pont, a fabulously wealthy scion who inexplicably decides to bankroll the sport of wrestling. As he draws the young athletes into his world of depravity and delusion, they become corrupted themselves. In the end, du Pont murders Dave Schultz, one of America’s top wrestlers.

As I explained in a previous article about Foxcatcher, the story portrayed in the movie wasn’t entirely accurate. The training centre wasn’t an isolated lair of a recluse, but something the wrestling community saw as a tremendous asset. Literally hundreds of athletes trained there, including me. Even high school coaches would take their protégés there for extra training. 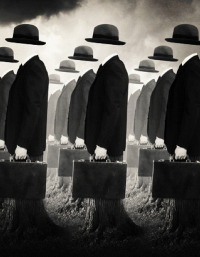 And we all knew about John. He wasn’t around much, but stories of his strange behaviour were legion—shooting off guns, driving his car into the pond on the estate, just to name a few. Yet we laughed it off. We joked about “trouble waiting to happen” and John being “a ticking time bomb,” but then looked away and got back to business.

Dave was the best of us in so many ways—a fierce competitor with incredible kindness—and our shock and horror about his murder was intermingled with more guilt than most of us would like to admit. We were all complicit. John’s mental state was an open secret, but at the time, the risks seemed worth the rewards.

In the aftermath of Ukraine’s Orange Revolution in 2004, there was a rash of suspicious deaths involving former officials. None were solved, but it was widely assumed that Viktor, who came out on the losing end of the political uprising, was doing some housecleaning—eliminating those who had information that could be harmful to him.

One particularly notorious case was that of Heorhiy Kirpa, the former Minister of Transport. During the contested election that led to the Orange Revolution, Kirpa used his position to control access to billboard advertising and help the Yanukovych campaign with logistics. His death was ruled a suicide, but it was widely reported that he had been shot in the head twice.

Kirpa was a bad man, greedy and corrupt, so most people considered it justice done. He was, after all, consumed by the very system to which he owed his position and status. When he came to his end, it was easy to laugh it off. Much like with John du Pont, we joked about the ridiculous notion that someone would shoot himself in the head more than once.

Yet the incident was a harbinger of things to come. The acceptance of “business as usual” in this instance indicated that at least some semblance of the old system would survive. The endemic corruption of the previous regime persisted, the new administration failed and, in 2010, Yanukovych was elected President—exactly the outcome people had taken to the streets in 2004 to prevent.

Yanukovych proved to be just as bad in office as many had suspected. In November 2013, Ukrainians took to the streets again in the Euromaidan protests. By March, Yanukovych had fled and Russia launched a “hybrid war” to prevent a western leaning government on its borders. Today, the war continues and the country is in tatters.

The Power Of Conformity

In the 1950’s, Solomon Asch, a prominent psychologist at Swarthmore College, conducted a series of conformity experiments that shed light on our capacity to go along with the crowd. The design of the study was simple, but ingenious. Asch showed a group of people a series of cards like these: 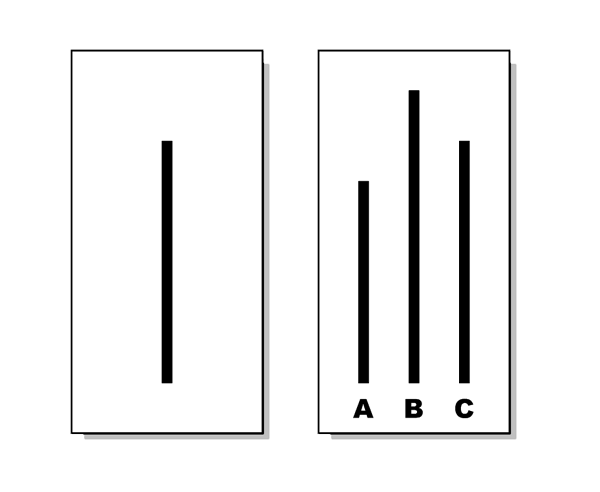 Each person in the group was asked to match the line on the left with the line of the same length on the right. However, there was a catch: almost everyone in the room was a confederate who gave the wrong answer. When it came to the real subjects’ turn to answer, they went along with the crowd even when the collective answer was obviously incorrect.

There were a lot of explanations about why the subjects in Asch’s study would give wrong answers. Some of the participants figured that if so many people gave an answer, then it must be the right one. Others saw their inability to see what others were seeing as a deficiency in themselves. Still others simply didn’t want to “ruin” the experiment.

Yet probably the most important insight coming from the study is that virtually all the participants underestimated how often they conformed to social pressure, even if there was no explicit penalty imposed for going against the crowd.

How To Outsmart The Crowd

Not everyone in Asch’s study went along with the crowd—about 25% were able to answer independently—but real life judgments are rarely so clear cut (remember, the majority conformed even when the crowd’s answer was obviously wrong). Most of the time, we lack information and have ample room for doubt.

The unfortunate truth is that we look to social cues more than we’d like to admit, especially if they serve our interests. Nobody in the wrestling community wanted to see the Foxcatcher training centre closed, so we looked past with John du Pont’s insanity. People in Ukraine wanted to see corrupt officials punished, so went along with the story of Kirpa’s “suicide.”

Yet we do have the capacity to choose our crowds and that can make a big difference. In a study of currency traders, it was found that the best performers over the long term sought out diversity in the ideas they exposed themselves to. That helped them to identify flaws in the majority view and outsmart the crowd.

And that brings us to an aspect of Asch’s study that is seldom talked about. If there was even one person in the room who didn’t go along with the crowd, subjects became much more likely to give the right answer. By seeking out alternative views, we can break the social spell. That’s how you beat the crowd.