What Jazz Can Teach Business About Innovation

In a recent episode of Boardwalk Empire, Chalky White’s wife was angry because he took his son to play with Jazz musicians at his nightclub. She feared that it would upset the order of his classical training.

Traditionally, business executives have felt the same way. They would bring in bright young prospects and make them “organization men”—and later women as well—who would work their way up through the system and then indoctrinate the next generation.

Yet the past few decades have altered things considerably. The LBO craze in the 80’s, the PC revolution in the 90’s and the digital disruptions of the 21st century have radically changed how we need to approach business problems. Strategic planning has become less tenable and we need to adopt more adaptive approach. Jazz holds important answers.

A Struggling Artist In New York

Coming from a meager background, Carl Størmer was determined not to be a starving artist, but after graduating with two graduate degrees—a Masters degree in Music and another in Arts Administration—that’s just what he was becoming. He spent most of his time playing in clubs and improving the mastery of his craft, but making very little money. 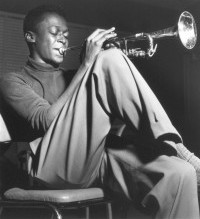 So he started learning computer code, got a job as a database consultant at a Wall Street law firm and then started a career at IBM. Later, he founded a startup and became Marketing Director at a Norwegian airline. Størmer had, in every conventional sense, become a successful business executive.

Yet he still continued to play and the more he did, the more he became dissatisfied with corporate life. As he thought about it, he realized that business organizations operated a lot like classical music, with structure dictating action rather than the other way around.

The thoughts turned to writing, the writing turned to consulting and even led to a Harvard Case Study. Today, his organization, Jazzcode, works with executives at some of the world’s largest corporations, such as IBM, Siemens and Novartis.

The funny thing about complexity is that it starts out simple. Infants learn phonemes—the basic units as language—as almost incomprehensible sounds. As they develop, they learn to string those sounds into words and the words into sentences until, before you know it, they are a senior business executives giving conference presentations.

We’ve taught computers to learn the same way. We now have machines that can do legal discovery, perform medical diagnoses and even create and evaluate artistic works. They do this not by rote procedures, but by first learning simple patterns and then learning how to combine them into complex patterns.

Ironically, while our machines can now do this almost flawlessly, our organizations cannot. They are still largely set up around command and control, designed to perform simple operations over and over again with amazing efficiency, but have difficulty combining the patterns of those operations into something wholly new and different.

As Størmer puts it, “control is for beginners.” We need to upgrade the software of our organizations.

Jazz is, in many ways, polar opposite to the corporate world. Improvisation is prized, rather than discouraged and there is a minimum of hierarchy. Yet when it’s done well, it seems as if it is obeying a higher order, with the performers feeding off each other as well as the audience. “Good art,” Carl Størmer notes, “is obvious but unexpected.”

So for organizations that want to transform themselves into more adaptive enterprises, Jazz can be an effective guide:

Preparation vs Planning: Jazz musicians prepare for years to achieve technical mastery and then continually practice even after they attain it. They are constantly building new skills, but perhaps more importantly, they remain focused on fundamentals and strive to improve every note they play.

It is this high degree of skill that allows them the eschew planning and adapt proficiently. “Planning is making decisions early and preparing develops the ability to make decisions as late as possible,” Størmer notes.

Reduce Emphasis on Status: While Jazz ensembles do have leaders, status and hierarchy are devalued while listening and awareness are prized. This helps take fear out of the equation and promotes creativity. If one team member misses a note, the others react to it not as a mistake, but as an opportunity to create something new.

Connecting S Curves: In the corporate world success can often breed failure because a successful model becomes treated as holy gospel. This can lead to strategic rigidity and eventually a failure to adapt to market developments. Often, everybody jumps onto a popular trend just as growth is beginning to taper.

In Jazz, the focus on awareness rather than status and planning allows musicians to build off of past successes rather than become imprisoned by them. A bored audience becomes an innovation trigger rather than a performance killer.

While Jazz is improvisational, it is not a free-for-all. As Jackie Modeste, whose consulting firm trains corporate executives using insights from music, points out, “The difference between an average Jazz director and a great Jazz director is that a great one brings a clear, inclusive vision to the table.”

And that, in fact, might be Jazz’s greatest insight. In order to improvise and adapt, the mission must be clear so that team members can act with passion and purpose rather than mere obedience to authority.

One thing is clear. Strategy is evolving and leadership must do so as well. A manager’s role is no longer to plan and supervise actions, but to develop and instill values. If the objectives are clear and the team is prepared, skillful and aware, improvisation and adaptation become not only possible, but inevitable.