Yesterday evening I had the pleasure of appearing on Radio New Zealand. Having spoken on a number of radio stations I must say I was really impressed with the professionalism of the station in its pre and post show organisation.

The subject was packaging. Here is the voice clip and some supporting information about the subject.

Wrapping a product is not be as simple as it might appear. There are a number of competing factors that companies have to consider:

Unfortunately, it appears that the objective to make the packing easy to open by the customer often comes at the bottom of the list. Ensuring the convenience of the customer appears to be an afterthought.

This is not a new problem. Way back in 2004 the BBC was reporting surveys showing how difficult consumers found the 'simple' task of accessing their products. The products causing the most frustration were:

Sadly, I don't think very much has changed.

As consumers do battle to get their hands on their purchased product it seems that some companies make the task as difficult as possible. The resulting frustration ranges from a mild mutter to uncontrolled ‘wrap rage’ as is illustrated by the two videos.

Two of the main culprits that cause the consumer frustration are clamshell and blister packs. The clamshell is often used to wrap electrical items and is more complex to open than a Rubik’s Cube – I have concluded that most of the time there is not a solution other than attacking the sharp edged plastic with a pair of scissors or a knife. The blister pack is not so bad but I would hazard a guess that the package designer never attempted to remove the contents.

The ‘bottom line’ is that too much of the everyday packaging that we have to open is not fit for purpose.

Who suffers – how bad is the problem

There is a much quoted study conducted in the UK in 2003 that concluded that over 60,000 people required hospital treatment each year after injuring themselves opening difficult packaging and the resulting cuts and bruises to injured bones and sprains cost the UK’s NHS £12 million a year.

I have been trying to validate this number and have found it impossible. However, the very efficient research department at the Royal Society for the Prevention of Accidents was able to give me this analysis of people attending A&E departments because of packing injuries.

For the last year the numbers were recorded (2002) an estimated 7,500 people sustained injuries needing them to go to a hospital. The split between men and women was about the same – slightly less men (46%). 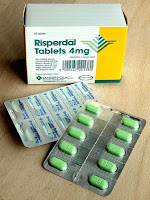 The thing that fascinated me was the age breakdown.

This analysis clearly shows that packing does not only affect older people – their sons & daughters and grandchildren are just as likely to be frustrated and injured.
More recently, Readers Digest surveyed people in Australia, New Zealand and Malaysia on packaging problems and found that 64% of the sample, who had injured themselves on packaging, said they had suffered deep cuts, broken or chipped teeth, bruises or broken nails.

These numbers all point to the fact that bad packaging is a major frustration for consumers.

The most obvious and easy thing to do is take matters into your own hands and use social media to put pressure on product manufacturers by ‘naming and shaming’. The Pack Attack campaign, in Australia, is a good example.

Sensible companies, like Amazon, can see that that there is some commercial advantage by championing the case for good packaging with its Frustration-Free Packaging campaign. Considering Amazon's commercial muscle, this campaign doesn't appear to have had much impact.


Whilst it might take longer to work, the thing that will have the most impact on companies is when customers shun their products if they don’t provide decent packaging.

Consumer goods companies are slowly waking up to the fact that the total ‘customer experience’ is what makes the difference between a consumer selecting their product or one from a competitor. For far too long, companies have not bothered to consider the consumer needs in the the design of their packaging, the product's operating and assembly instructions, the support sections of their web sites the quality of the support call centres.

Those days are ending. A company's product and service is just part of the reason why consumers select them time and time again. It is all of the peripheral factors, like the thoughtfulness of the packaging that differentiates an average from an excellent company.