Serious Games As A Platform For Launching Stealth Startups

Serious Games helping startups build an audience for their products 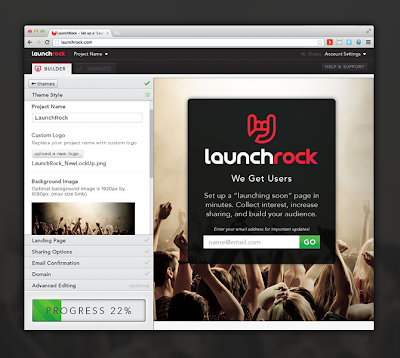 Another game-like approach supporting stealth startups is LaunchRock:its value proposition is to collect interest and build an early audience for your product, startup or idea before you launch and as easily as possible.

The initial version of LaunchRockwas focused on helping startups create a launch page where they could recruit beta testers. That’s still a core part of LaunchRock’sfeatures, but the company has broadened into a service that helps startups build their relationships with users, adding tools like social sharing, email messaging, and analytics.
LaunchRockhas announced the new, more customizable version of its service last November. According to TechCrunch,LaunchRock has also announced that it has helped customers sign up 5 million users, including 300,000 in October, and it’s launching 250 new sites a day.
Introducing New LaunchRock Themes, Insights & Advanced Landing Pages
The latest changes are outlined in a company blog post Introducing New LaunchRock Themes, Insights & Advanced Landing Pages, which says they have introduced a completely redesigned experience:
“Simply, we rewrote our entire product from scratch. LaunchRockis now a platform that will support the many new products we’ll soon release that will go beyond the landing page, including new user acquisition tools for our customers after they launch.”
“Our tools amplify sharing and grow your list. Even if you don’t start a huge viral buzz, a few hundred strong leads are incredibly valuable for a brand new company or product.” 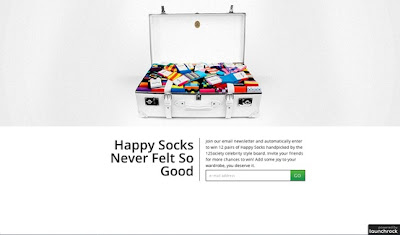 Customers can now choose themes to meet the specific goals of their launch pages. They can customize things even further by actually rewriting their LaunchRock code with the new Advanced Code Editor. And there’s a new Insights dashboard that displays a company’s users and how they were acquired.
A Look at LaunchRock 2.0 and How to Use LaunchRock To Get A New Business Idea Off The Ground and More