Which brands will break new ground, fall from grace, or overcome obstacles in 2016? Here’s my list of brands to watch in 2016. Since I couldn’t narrow the list to a handful as I’ve done in past years, I decided to expand the list to 26, one for each letter of the alphabet. So, here’s a brand-builder’s almanac for the coming year:

A Amazon is firing on all cylinders — expanding AmazonFresh and Dash, adding more benes for AmazonPrime members, developing custom content, and more — some shots will miss but others are sure to hit big in 2016.

B Best Buy. Since I’m writing this before the holiday season, I don’t know if the electronics chain will weather the weakening demand for tech products, but it better do something to jumpstart more growth.

C Chipotle. Will the food borne illness incidents be widespread enough to chink the armor of this fan favorite brand?

D Donald Trump most certainly won’t be the Republican Party nominee but what happens between now and when it comes time for him to disappear will be entertaining and educational about politics and culture today.

E eBay has spun off PayPal and parts of the eBay Enterprise business. Now it needs to generate new revenue streams and innovate outside e-commerce and to ensure it continues to offers enough distinctive value.

F Facebook. Mark Zuckerberg bet big on “immersive 3-D experiences” when he acquired Oculus Rift the virtual reality headset for $2BB; now we’ll see if his bet pays out. So far, analysts forecast that Facebook will sell about 3.6 million units in 2016. 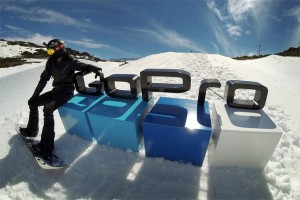 G Go Pro. After a blowout IPO on 2014, this camera choice of adventure seekers and extreme sports athletes struggled in 2015 as investors wondered if the company can continue to out-innovate fast followers.

I IBM. Will hiring 1,000 designers and adopting design thinking transform the culture at Big Blue and help it move beyond its conventional hardware, services, and software offerings?

J JC Penney is finally showing signs of revival, but it’s not quite out of the woods yet. Its performance during the 2015 holiday season will serve as a bellwether for the retailer’s long-term fate.

K Kelloggs. Most packaged foods companies are struggling to keep up with consumer demand for healthier, ethnic, and more niche products. Kellogg is under even more pressure as restaurants have begun stealing breakfast sales.

L Levi Strauss & Co. The explosive growth of athleisure —  athletic apparel like yoga pants that people wear in non-athletic settings — has set many denim brands on their heels. Levi’s is fighting back by revamping its women’s line including jeans with new styles and more forgiving fabrics. 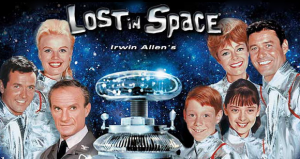 N Netflix usage is at a record high and its number of subscribers is likely to rise with heavy growth forecasted outside the U.S. Add in new original content like a remake of the popular “Lost in Space” and this media company seems poised for a good 2016.

O Obama. The President will end his 8-year term with tongues blazing — let’s see what kind of legacy he lays for his brand.

P P&G is at a crossroads. It’s been struggling for several years to maintain market share in the face of growing competition from more innovative start-ups and analysts are calling for the venerable packaged goods company to split into smaller, more agile units.

Q Qualcomm, the biggest mobile chipmaker in the world, had a rough 2015 after Samsung started using its own chips in its flagship devices. We’ll see if 2016 offers relief as the company’s new Strategic Realignment Plan, intended to position it for growth in other areas including commodity mobile devices and the Internet of Things, takes hold.

R REI first made headlines when it announced it would not open on Black Friday, instead encouraging customers and employees to #OptOutside. Then the outdoor retailer made more headlines when disgruntled employees took over a Reddit chat session with complaints about membership sales pressures, pay and, benefits. What kind of headlines will it make in 2016?

S Shake Shack had a phenomenal post-IPO year, posting over 17% same store sales growth in the 3rd quarter of 2015. No brand can keep up that pace, but it will sure try.

T Twitter. With Jack Dorsey back in the CEO spot, changes may be a given — but given the pressures the company faces from Facebook, good changes are not.

U Uber. UberEATS, the company’s meal delivery service, is rolling out in new cities around the world. UberRUSH now allows every business in Chicago, New York, and San Francisco to deliver its products to customers. And, UberHEALTH delivered flu shots to customers in more than 35 US cities this past November. What will it think of next?! 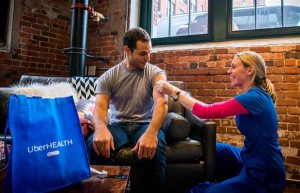 V Volkswagen. Will this formerly beloved brand be able to recover from its emission scandal and restore people’s trust?

W Windows 10 is Microsoft’s biggest best bet in years — and CEO Satya Nadella’s first real one — is it enough to reinvigorate the Microsoft brand?

X XBOX. Another reason to keep our eyes on Microsoft is XBOX, which will benefit from being based on Windows 10, making it easier for PC game developers to bring their games to the Xbox, and vice versa and future-proofing the platform for virtual reality.

Y Yahoo. A major investor has been jerking around CEO Marissa Mayer with shifting demands for a spin-off, several senior executives have refused to make 3-to-5 year commitments to the company, and a research firm declared it’s “slowly bleeding to death” — Yahoo is in major trouble.

Z Zappos. Amazon CEO Jeff Bezos says he invests on a 7-year time horizon, which means 2016 should be the year of reckoning for this online retailer that was acquired by Amazon in 2009. Plus it will be the first full year Zappos operates halocracy, the self-managing organizational structure CEO Tony Hsieh hopes will increase productivity and innovation.