I originally wrote today's post for Intradiem. It appeared on their blog on February 19, 2015.

Is this the secret to employee engagement?

I recently came across a TED Talk by Yves Morieux of Boston Consulting Group (BCG) and wondered if within it lies not only the answer to employee disengagement but perhaps the solution to helping companies do their part in the engagement equation. In his talk, he poses a question, a bit of a chicken-and-egg situation, something along the lines of: Does being less engaged make employees less productive... or vice versa, are they disengaged because they have so much more pressure to produce more? It's an interesting talk, where he dives into how complex businesses have become - including an extreme focus on KPIs that, in the end, have little bearing on the business - and how employees have to compensate with their own individual efforts for the complexities and the lack of cooperation within an organization.

I did some research to find out more, to find out if this theory of the complexity of organizations is really a thing. And according to BCG, it is. They created an index of complicatedness, for which they surveyed over 100 listed companies in the U.S. and Europe. They found that, over the last 15 years, the number of procedures, vertical layers, interface structures, coordination bodies, and decision approvals needed increased for these companies 50-350%, with an average increase of 6.7% over the last 50 years. Wow! We've really made things harder for ourselves. Seems like when people say, "Work/life was so much easier 50 years ago," perhaps they're on to something.

They found that, in the most-complicated companies, managers spend 40% of their time writing reports and 30-60% of time in meetings, leaving very little time for actual people management. And we can only extrapolate what that leads to: misguided efforts and lack of career development, to name a few things. Employees in these complicated organizations are three times more likely to be disengaged - and work satisfaction and productivity are much lower - than those in the other companies!

Something's got to give. We need a solution...

Yves and his colleagues at BCG created this concept of "smart simplicity" to help overcome the complexities of organizations and the resultant employee experience/disengagement. Smart simplicity is all about creating an environment where: employees can work with one another to develop creative solutions to complex challenges. This supposedly reduces structural and procedural complicatedness and allows companies to become smarter and more streamlined - with employee engagement also being an outcome. 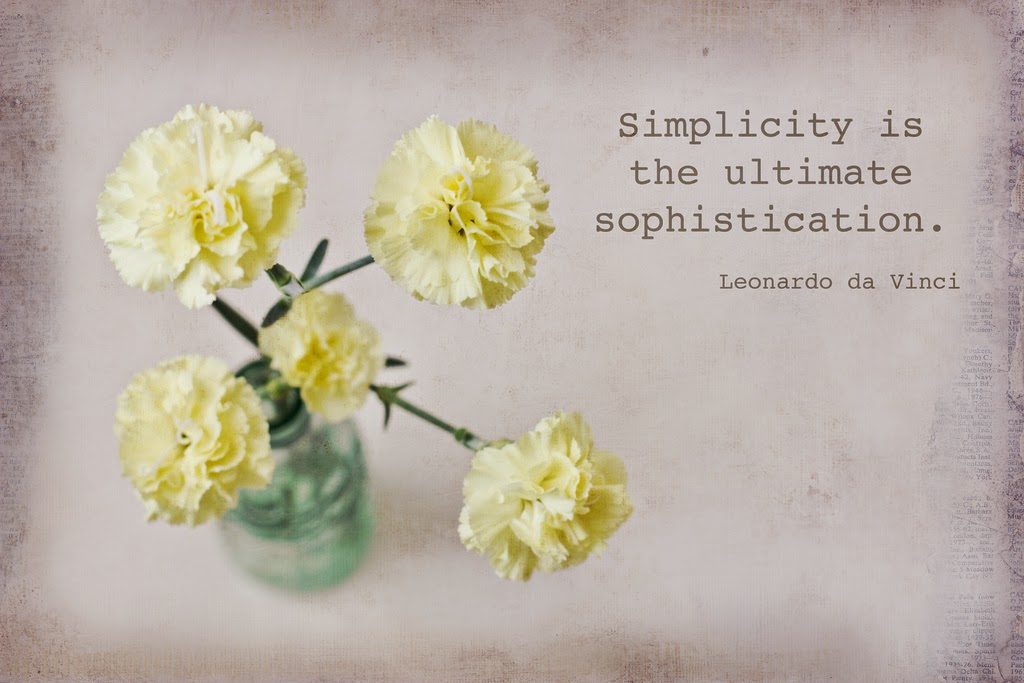 1. Know what your colleagues do. Seems like a no-brainer, doesn't it? But I've been there. I've worked with and for people who have no idea what I do (or what the company really does, sadly).

BCG states: To respond to complexity intelligently, people have to really understand each other’s work: the goals and challenges others have to meet, the resources they can draw on, and the constraints under which they operate. People can’t find this kind of information in formal job descriptions; they can learn it only by observing and interacting.

The manager’s job is to make sure that such learning takes place. Without this shared understanding, people will blame problems on other people’s lack of intelligence or skills, not on the resources and constraints of the organization.

Absent clear guidance and directives, people act in a way that protects their own interests. Leaders must understand that and adapt the culture to make sure all interests are in alignment with what the company is trying to achieve.

2. Reinforce the integrators. Based on how Yves describes integrators, I assume we can equate them to cross-functional leaders and teams.

BCG states: Conflicts between front and back offices are often inherent. Back offices typically need to standardize processes and work, and front offices have to accommodate the needs of individual customers.

A common organizational response is to create some sort of coordinating unit—a middle office. But that just turns one problem into two: between the back and middle offices, and between the middle and front offices. The same thing happens vertically in organizations: Coordination problems between the corporate centre and country operations trigger the creation of regional layers in between. Another common solution is to impose a coordinating procedure like computerized job requests.

A better response is to empower line individuals—or groups—to play that integrative role. In almost any unit you will find one or two managers—often from a particular function—who already interact with multiple stakeholders (customers as well as other functions). If you’ve followed the first rule and observed people at work, it will probably be fairly obvious to you who these individuals or groups are. These people can act as integrators, helping teams obtain from others the cooperation needed to deliver more value.

Yves suggests reinforcing their power by increasing their responsibilities, giving them more authority, and removing rules. He believes the bigger the company, the bigger the need for integrators, which equates to needing fewer rules. This is clearly counter-intuitive, and most people really believe the opposite to be true.

3. Increase the total quantity of power. Do so by empowering everyone to use their best judgment.

BCG states: Usually, the people with the least power in an organization shoulder most of the burden of cooperation and get the least credit. When they realize this, they often withdraw from cooperation and hide in their silos. Companies that want to prevent this and increase cooperation need to give these people more power so that they can take the risk of moving out of isolation, trusting others, showing initiative, and being transparent about performance.

However, firms have to do this without taking power away from others in the system. The answer is to create new power bases, by giving individuals new responsibilities for issues that matter to others and to the firm’s performance.

I would equate this to employee ownership. From the employee perspective, they think and act like they own the business. It's about being passionate about what they do, not standing at the sidelines waiting to be spoon-fed; it's about taking the horse by the reins and running with the directive (the brand promise), being accountable for their roles in the execution of the customer experience and in the success of the business, working together with others who are just as passionate and who share a common goal, and feeling like they are a part of something bigger, something they want to see grow, flourish, and succeed.

4. Extend the shadow of the future. Help employees understand the impact of their work and their decisions by designing feedback loops that expose them to the consequences of their actions in a timelier manner.

BCG states: The longer it takes for the consequences of a decision to take effect, the more difficult it is to hold a decision maker accountable. Many who are involved at the launch of a three-year project will no longer be around when it’s completed—they will have been moved to another job or location, or promoted. They won’t be affected by the consequences of the actions they take, the trade-offs they make, or how well they cooperate. People are more likely to feel the shadow of the future if you bring the future closer.

One of the basic tenets, I believe, of employee engagement is to make sure employees understand both that their contributions are valued as well as how they matter, i.e., what impact they have on the business. Especially when it comes to CX strategies and process improvements (that yield a better customer experience), these projects often take an extended period of time to design, develop, and execute. Regularly reinforcing how their work matters to the big picture will have positive effects on engaging employees.

5. Increase reciprocity. Remove the buffers that make us self-sufficient, and then cooperation ensues. It forces people to work together. And yes, this is a good thing. I think this ties in well with Rule #1, since, absent clear directives, we do what we need to do to protect our own interests, hence feel we are self-sufficient. If we know what our colleagues do, there's a better chance to increase reciprocity (teamwork).

BCG states: A good way to spur productive cooperation is to expand the responsibilities of integrators beyond activities over which they have direct control. Making their goals richer and more complex will drive them to resolve trade-offs rather than avoid them. But if you measure people only on what they can control, they will shy away from helping with many other problems you need their input on.

As you spread responsibility for achieving outcomes, don’t feel you have to give people more resources to go with it. It’s actually often better to take resources away.

It's an interesting concept. Once you take those resources away, people are more likely to rely on each other, collaborate, and work together.

6. Reward those who cooperate. This is an interesting one. In talking about employee engagement, we always say that rewards and recognition are important to the employee. But according to Yves, it's more about blaming those who don't cooperate. He cites a quote from Jorgen Vig Knudstorp, the CEO of the Lego Group: Blame is not for failure but for failing to help or ask for help.

I never actually thought of it that way, but it certainly makes sense.

Yves states: If people are afraid to fail, they will hide problems from you and your peers. Reward people who surface problems - and punish those who don’t come together to help solve them.

These rules really present an interesting approach to employee engagement. Employees are empowered, work together, know how their contributions matter, and are allowed to take risks and fail - all in an environment where complexities, in general, have been removed. Sign me up!

Simplicity is the final achievement. After one has played a vast quantity of notes and more notes, it is simplicity that emerges as the crowning reward of art. - Frederic Chopin