Everybody Is Looking for the Secret to Success. Unfortunately, Many Chase Unicorns Instead.

Peter Thiel loves secrets. In his book, Zero to One, he makes a fervent case that unless you firmly believe that there are still things to discover, you will never achieve much. The most you will be able to accomplish is a small tweak on conventional wisdom and that’s no way to create value.

He also points out that everything we now think of as foundational was once a secret. Schoolchildren today learn Euclidean geometry, but at one time it was new and different. When Google first discovered the search engine secret, Yahoo didn’t think it was buying.

The problem is that it’s hard to tell a secret—something true but still unknown—from a unicorn, something that people believe which doesn’t really exist.  Intuition is a double-edged sword, it can alert us to facts that are not in evidence, but it can also lead us to chase things that aren’t really there. The trick is to be able to kill the unicorns and find real secrets.

The Value Of A Secret

We’re trained to follow convention. You succeed in school by giving your teacher exactly the answers she is looking for, but rarely get points for originality. Follow convention, get good grades and you can repeat the process at a prestigious university, earn a job with a top firm and make a great career out of following the rules, but will never create anything new. 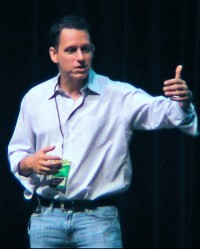 Thiel says there are two types of secrets: secrets of nature and secrets about people. Secrets of nature are the more conventional kind. Einstein, for example, discovered secrets about matter and energy that made our modern life possible. Billions of dollars are invested every year to uncover new secrets in renewable energy and medicine.

Secrets about people are more elusive, because they are staring us in the face all the time, but we don’t notice them. Airbnb, Zipcar and Kickstarter built great businesses by uncovering secrets about the collaborative economy that are disrupting more traditional models.

The thing about secrets is that they don’t seem like much once they are out in the open. As Duncan Watts points out, everything is obvious once you know the answer

. A true secret can be devilishly hard to uncover.

Unfortunately, many things that seem obvious are actually unicorns. Much like secrets that have been revealed, they are interesting and seemingly valuable enough to get people talking about them, but they don’t really exist. They are little more than Siren songs; attractive, but dangerous fantasies.

For example, many people are hard at work trying to find a viable online subscription model to replace advertising. Some think that “leaky” paywalls are the answer. Others believe that micropayments will solve the problem and still others are trying to build a Netflix model for magazines. Yet subscription models on the Web are more unicorn than secret.

The truth is that most publishers were losing money on production and distribution before the Internet came along. Why should subscription be profitable now that marginal costs have fallen essentially to zero? To wit, The New York Times’ paywall, which many consider to be an attractive model, probably lost the company $35 million last year.

It’s much easier to chase a unicorn than it is to uncover a secret. There are so many to choose from—influentials myths, Millennial fantasies, you name it—and plenty of people are willing to believe in and finance them. Yet no matter how hard you look for them, unicorns don’t really exist.

The Art Of Discovery In The Digital Age

In ancient times, stories of unicorns and the magical properties of their horns originated in faraway places. Anyone searching for a unicorn would have to travel for years, brave serious dangers and, even then, never be sure whether the unicorn was mythical or merely elusive. Still, the courage to venture forth was admirable, even if it was foolish.

Yet today, we don’t have to travel blindly through the world looking for answers. CAD software and 3D printing make it possible to rapidly prototype. Services like Amazon’s Mechanical Turk and AskforTask make it easy to test products cheaply and big data techniques like agent based models can simulate markets.

Instead of taking on risk, we can use technology to test ideas and see if we are uncovering a secret or chasing a unicorn. What’s more, thanks to the Internet of Things creating vast amounts data about the world and massive computing power that can process it all, we can discover secrets and unmask unicorns far faster and cheaper than ever before.

So Peter Thiel is right. Uncovering a true secret can be incredibly valuable, but searching for them can be dangerous. It’s so hard to tell whether we are on the trail of a real secret or just chasing a unicorn. Luckily, we have an advantage over our earlier ancestors. Data is an excellent unicorn killer.

That’s why collaborating with machines is becoming such an important skill. Today, an average teenager has more access to data than even a genius working in an advanced lab had a generation ago. Just as early humans learned to use tools to kill buffalo, we can use our modern tools to kill unicorns. The ideas that survive might very well be secrets.

The trick is that we need to learn how to use our new tools effectively. While many complain that machines are learning to do the work of humans, that’s been true for a long time. The difference now, as MIT’s David Autor explains, is that the dividing line used to be between mechanical and cognitive tasks, but is now between routine and non-routine tasks.

In an age of intelligent machines, we can only create true value through imagination. Machines can kill unicorns, but only we can imagine where to hunt for secrets.