The New Age of Platforms

In 1905, a young Albert Einstein shocked the world. In one miracle year, he overturned the prevailing assumptions of his day and changed how we see the universe, transforming forever how we think of time, space, mass, energy and light. He paved the way for our modern world.

Yet 22 years later it was Einstein’s turn to be caught in the mire of his own assumptions. In a famous round of debates, he was unable to accept the consequences of the quantum world that, in fact, he had made possible in 1905, insisting that “God does not play dice with the universe.”

Einstein’s problem wasn’t grasping the importance of a new idea, but accepting an entirely new platform for physics—one which led to things like lasers, microprocessors and iPhones —and it doomed the rest of his career. Today, we all face a similar dilemma. New platforms require us not to merely alter our behaviour, but our assumptions about how the world works.

The Other Side Of Social Media

Some years ago, I was talking to a friend about how she ran her business. “I don’t allow Facebook or Skype in the office” she said, “it just allows people to fool around when they should be working.” She saw social media as a threat to employee productivity and was determined to squash it.

When I pointed out that she was on Skype all the time and that, in fact, it was our primary mode of communication, she replied, “That’s different. I need to talk to a lot of people in different countries and Skype is far more efficient.” (These days, she seems to like Facebook messenger too).

At the outset, social media was mostly used for social relations. Early adopters, who tended to be younger, would use it to communicate about things that interested them, like parties, gossip and sex. Yet it has always been a communication platform and it works just as well for other kinds of information, like important conversations with overseas partners. 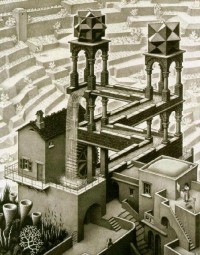 Today, social media is my primary news source for many areas I’m interested in. That’s not a function of the platforms themselves, but rather of who I’m connected to—experts in particular fields who have ready access to information that would be hard to find anywhere else.

Many people in journalism don’t take Buzzfeed and Vice Media seriously, because they built their platforms on list articles, viral tricks and sometimes salacious stories. Their talent was attracting audience, not investigating and breaking stories. They were often provocative, but rarely very informative.

Yet they were also learning new platforms. Vice Media. Which began as an entertainment and culture magazine, mastered web video by producing offbeat stories that appealed to a millennial audience.  Buzzfeed built a unique platform that optimizes content sharing. These, it turns out, are crucial skills for publishing in a digital world.

Despite the turned-down noses of the media elite, there’s nothing mutually exclusive between these platforms and serious journalism. Buzzfeed recruited a top notch news team, including editor Ben Smith and Mark Schoofs, while Vice News has done hard hitting, documentary style reporting in places like Ukraine and North Korea.

When Bitcoin first appeared on the scene, it caught the imagination of Silicon Valley’s libertarian set. No longer would money be controlled by governments and central bank bureaucrats, but algorithms. The supply of currency would be tightly controlled, rather than subjected to the whims of the financial priesthood.

Alas, it didn’t turn out that way. Bitcoin became a massive speculative bubble, rising in value to almost $1000 and then crashing down to under $200 today. The truth is that algorithms are no better (and probably worse) at managing currency than humans are. Governments, with the power to tax, retain an enormous amount of control over what serves as legal tender.

Once again, both the sceptics and the enthusiasts missed the point. Bitcoin isn’t important as a product, but as a platform. The underlying technology—called blockchains—enables ad hoc networks of trust between people, organizations and enterprises without the use expensive third party intermediation.

As I explained in an earlier post about the future of money, the technology is extremely good at facilitating transactions securely and cheaply and may also pave the way to new, personalizable financial products, such as automated escrow accounts, programmable money and smart contracts that can be designed on a smartphone.

Platforms Are Eating The World

Einstein was never able to accept the new quantum world that he made possible and spent the rest of his life as a mere sideshow in the physics community. He was still revered for his past achievements, but few took his later work seriously. As Robert Oppenheimer put it, “his tradition in a certain sense failed him” and he became “a landmark, not a beacon.”

Few of us can afford the same fate. Today, things move much faster. While, in past generations, we could expect to learn a trade and follow a straightforward career path, today business models don’t last. A recent study predicted that 50% of today’s jobs won’t even exist in ten years.

We need to break free of past assumptions. We no longer live in a world of products, but platforms. The New York Times is a product, dedicated to specific traditions and values. Buzzfeed is a platform, which can accommodate a variety of products. The same goes for social media and blockchains.

As Chris Dixon has said, the next big thing always starts out looking like a toy. It’s easy to scoff at early adopters, who use new platforms for cat videos, sexting and selling drugs, but that shouldn’t blind us to new capabilities that can either propel us forward or run us over. We will have to adapt our perspectives and our skills or risk becoming irrelevant.

In an age of disruption, the only viable strategy is to adapt.