1989 was a revolutionary year. From Berlin, Warsaw and Prague to Tiananmen Square and South Africa, the world order was completely overturned. Yet probably the most consequential event happened in a quiet lab in Lausanne, Switzerland.

It was there that Tim Berners-Lee created the World Wide Web and gave it to the world, forever changing what it means to publish information. Before the Web, an elite cadre of editors and producers determined what we could see, listen to and read. Now, anyone can publish.

That’s lead marketers to develop their own content that doesn’t rely on a mass media gatekeeper.  Unfortunately, most fail. While 86% of marketers produce content, only 32% consider themselves effective at it. The reason is that brand publishing requires not only new skills, but different perspectives. Here’s what separates the winners from the losers.

Don’t Join The Conversation, Lead It

When Felix Baumgartner jumped from 24 miles above the earth’s surface, he reached a top speed of over 800 mph, making him the first person to break the sound barrier outside of a vehicle. Red Bull Stratos, which funded the endeavor, documented every aspect of the jump, from initial preparations to the big day.

Great brands don’t join the conversation, they lead it. People aren’t looking for marketers to be their friends, they want them to provide value. Red Bull, an energy drink, promises its consumers a more exciting life and goes to great lengths to stretch the boundaries of possibility. You can’t help but take notice. 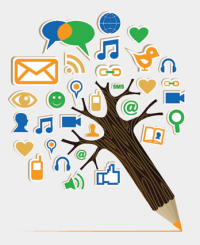 But you don’t have to perform death defying feats in order to create bonds with your customers. American Express provides sound advice to small businesses with its Open Forum. Many world class manufacturers share what they’ve learned about sustainability. Procter & Gamble’s feminine brands advise young girls on growing into women.

The best way to get people to listen to you is to have something to say. Every brand has something of value to share—from deep expertise in particular subject areas, to global reach and access to world class talent—so the first step toward building powerful experiences is to identify what you have to offer the world.

I’ve been involved in dozens of publications over the years, from hard hitting news magazines to glossy fashion titles to fairly narrow industry reports. Each one, somewhere along the line, has to define what it is and what it is trying to be. That may seem fairly simple, but it’s not.

For example, if a cosmetics brand wants to develop a beauty site, should it be most like Cosmopolitan, a Sephora store, or Sex and the City? Often, months into a project, it becomes clear that the development team has a wide diversity of views about what they are trying to achieve.

One simple solution I’ve come up with over the years is to establish specific analogue references—3-5 examples of products that share the same mission—to make it clear exactly what we’re shooting for. These analogues are also helpful for competitive tracking and adopting best practices.

Most marketers are reluctant to specify analogues because they want to think of themselves as creative and original. But content is not an extension of marketing, it is an extension of publishing. The creativity manifests itself not in how define your mission, but how you execute it every day.

Marketers strive to cut through the clutter because, when you’re producing a 30 second TV ad or a print spread, it’s important to stand out. An ad that doesn’t get noticed, doesn’t sell.

Yet marketing in the digital age isn’t about grabbing attention, but holding attention and that’s why having a clear structure is so important. Publishers have long known how important it is to have a clear format and guidelines—brand books often run to a hundred pages and more—in order to provide a consistent experience.

All great stories start with structure. Think about the hit TV show Law & Order. There is always a crime, an investigation, a prosecution and some twist along the way. Even offbeat shows like Lost work within clear formats. The reason why is that consistency makes it easier for your audience to take in the story that you’re trying to tell them.

That doesn’t mean that you can never switch things up. As one of America’s finest editors once told me, every great publication has two things: consistency and surprise—and you can’t have one without the other.  But you should avoid change for change’s sake. When Lost’s flashbacks changed to fast forwards, it wasn’t a whim, but a shift in the story.

When Bill Gates said that content is king, people took notice and for good reason. When wildly successful billionaires offer business advice, it’s usually a good idea to listen. And in this case, Gates was amazingly prescient. The Internet really has become a “marketplace of ideas,” just as he said it would.

Yet it is notable that none of his content efforts succeeded. From Encarta to MSNBC to MSN, they either failed outright, were divested or just faded into irrelevance. It is also curious that Gates never said that software, the source of his great fortune, was king. He was probably too wrapped up in making it work.

The reason is that content isn’t king. Content is crap. It is what dimwitted executives use to describe a commodity they don’t value or understand. Nobody goes to film or journalism school to “create content,” just as nobody walks out of a movie or finishes a book they enjoyed and says, “Wow! That was some really great content.”

What makes a story succeed is not gimmicks or even strategy, but crafting it well.