If you want to produce content, you need to think like a publisher. After all, content isn’t an extension of marketing, it’s an extension of publishing. I constantly stress that point to my consulting clients and in articles like this one in Harvard Business Review.

It seems like a simple concept, but many disagree. “Aren’t publisher’s failing?” they say. How can I hold up a struggling industry as a model? If publishing is still viable, why isn’t anybody making any money doing it?

These sentiments are common, but they are not based in fact. In truth, publishing is flourishing, attracting large investments by established companies and venture capitalists, creating massive new fortunes for entrepreneurs and more choice for consumers. While it’s true that not everyone is prospers, there has never been a better time for publishers.

A New Breed Of Publishers 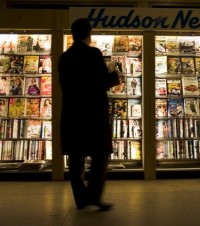 In 2007, just before the financial crisis ripped through the publishing industry, four high school buddies got together to create a site dedicated to their love of sports. Five years later they sold Bleacher Report for over $175 million. That’s a lot of money, but pales in comparison to the $315 million AOL paid for Huffington Post.

What’s really notable about Huffington Post and Bleacher Report is not that they are bucking a trend, but how they epitomize one. Publishing startups are hot. It seems like everytime you turn around these days, a new venture is either launching or being acquired for serious money.

Vox Media, a venture funded publishing startup recently lured away Ezra Klein from the Washington Post.  ESPN recruited Nate Silver to run his famed data journalism blog, FiveThirtyEight, under its umbrella. Buzzfeed was recently valued at $850 million. Politico has become a force to be reckoned with in Washington reporting. The list goes on.

Clearly, there’s no shortage of opportunities in publishing and new projects come in all shapes and sizes. Some are venture backed, while others are owned by established media companies. They range from news to sports to technology to “mommy blogs.” The one thing they all have in common is that they are thriving.

Magazines in the US have historically been unusually profitable because of the fragmented broadcasting market. Today, margins have narrowed, but remain healthy. Magazine consultant JayMcGill estimates that profit margins have dropped off from a stellar 20%-25% to a more earthly range of 12%-15%—about the same as the S&P 500 average.

Samir Husni, Director of the Magazine Innovation Center, concurs with those numbers, but still believes that it’s “the best of times” for the magazine industry. He even points out that in recent years, publishers have taken concepts from other media platforms, like All Recipes, HGTV and Food Network and turned them into successful print brands.

The newspaper industry has been hit especially hard because historically it derived much of its revenues not from display advertising, but classifieds and other direct marketing services, where the impact of digital technology has been the greatest. So it shouldn’t be surprising that many newspapers have struggled.

However, even here the story isn’t as bleak as many think. Last year, News Corp’s newspaper division reported EBITDA of $795 million on $6.7 billion—a 12% margin—which isn’t bad. Even The New York Times—who as I’ve noted has not run its business well—achieved 8% net margins, not stellar, but not exactly a tragedy either.

The reason why many publishing businesses continue to make money is simple:  they’re selling a product that people want and need. As long as people want to be informed, entertained and inspired, there will be profitable opportunities in publishing.

The Future of Publishing

While it is true that some old publishers are faltering and clearly there are challenges ahead, that can be said about any incumbent industry. We live in an age of disruption and in order to compete, everyone must adapt. You simply can’t run a business—any business—the way you did 10 or 20 years ago.

Still, the future of publishing is bright. While every business needs to adopt a true culture of change and stop confusing practices with values. Once you accept the fact that business models don’t last, it becomes clear that there are, in fact, more opportunities to create and curate content, access top talent, attract investment and make money than ever before.

The key is for publishers is to stop trading digital dollars for analog dimes. Take web video, for example, which is booming. Print and digital publishers have long complained about the abundance of ad dollars that went to TV. Now, they can compete for budgets on a relatively even playing field with even the biggest broadcasters on a variety of platforms.

Beyond that there is mobile, e-commerce affiliate programs, social media, big data and the fact that it is easier to experiment with and develop new content on digital platforms than it ever was in the physical world. So there are not only more opportunities than ever before, we can test, evaluate and scale them cheaper and faster than ever before.

So there is no intrinsic problem with publishing. There is still enormous value in uncovering stories and telling them well. While clearly, publishers need to innovate their business models, that just puts them in the same place as every other industry. Publishing is dead? Hardly. In fact there has never been a better time for publishers.

An earlier version of this post first appeared on Harvard Business Review. Special thanks to Lucio Grimaldi at Publicitas for helping me with some of the research.