“Fail fast, fail cheap, fail often,” has become a mantra for the digital age. Stodgy old dinosaurs may be afraid of failure, but it doesn’t bother the new breed of entrepreneurs. They can start-up, shut down and start-up again. Venture investors, for their part, are looking for just one or two big wins out of ten.

Yet there’s nothing cool or useful about failure. While we shouldn’t fear failure, only a maniac or a fool would embrace it. Failure means that something went wrong, that we messed up. Failure happens when we do things we shouldn’t have.

The truth is that embracing failure is, all too often, a cop-out. Just like managers who suggest a re-org to “unsilo” their enterprise or say they could deliver performance if only they had the “right people,” many in technology believe that failure comes with the territory.  It doesn’t. Technology only succeeds when it mitigates failure and makes the world better.

In January 2010, Carmen Reinhart and Kenneth Rogoff published a working paper, which warned that countries suffer dearly once their sovereign debt reaches more than 90% of GDP. Their work quickly became the centerpiece of a fierce political debate. In the end, it turned out that the two esteemed economists had simply made a coding error in Excel.

The stakes are much higher in cancer research, where life and death hang in the balance. Yet the overwhelming majority of studies can’t be replicated. Largely, this is a data failure. Negative results are rarely, if ever, published, so prior evidence is mostly discarded. 95% confidence doesn’t mean much when 95% of studies aren’t taken into account.

Yet as Timo Hannay of Digital Science told me, problems such as these are eminently solvable through technology. With publishing and data storage so cheap and accessible, there’s no reason why data cannot be published along with research papers. There is also ample room to publish all results, even negative findings.

He also sees modern project management technology, similar to that which is used in most industries today, as a vehicle to capture full experimental details at the source, drastically curtailing errors in data interpretation. In fact, one of his portfolio companies, Labguru, is becoming a leader in the field. 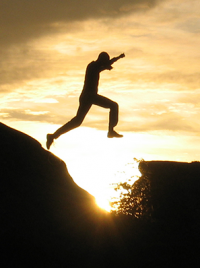 When I first moved overseas to Eastern Europe in the late 90’s, I didn’t know anyone in my new country, couldn’t speak the language, read the newspaper or watch local TV. It was lonely. At some points, it got so bad that I would call my bank back home collect, just to try to strike up a conversation as I inquired about my balance.

In his new book, A Social Strategy: How We Profit from Social Media, Harvard’s Mikołaj Piskorski calls these types of situations “social failures” and you don’t need to cross an ocean to find them. We all encounter barriers to interacting with others in everyday life for a variety of reasons.

Sometimes, such as when I was separated from my family and friends, the barriers are physical and economic, but in other cases they are social in nature. For instance, I may feel strange about calling everybody I know to tell them about my child’s accomplishments or a new promotion at work. It can also be awkward to ask friends personal questions, even if I’m interested in how their life is going.

Technology has helped us overcome many of these barriers. Today, I find it pretty easy to keep in touch with friends overseas through social media and Skype. I can also keep up with their lives through my newsfeed on Facebook. As Piskorski makes clear in his book, overcoming social failures like these also has real economic value.

On a January morning in 1913, the eminent mathematician G.H. Hardy opened his mail to find a letter, written in almost indecipherable scrawl and containing strange mathematical notation he had never seen before, from a destitute young man in India named Srinivasa Ramanujan. It began inauspiciously:

I beg to introduce myself to you as a clerk in the Accounts Department of the Port Trust Office at Madras on a salary of £20 per annum. I am now about 23 years of age. I have had no university education but I have undergone the ordinary school. I have been employing the spare time at my disposal to work at Mathematics.

He gave the letter a quick skim and then threw it away, as did the others that Ramanujan reached out to. Yet something in the letter compelled Hardy to fish it out of the trash and study it further. After conferring with his longtime collaborator, J.E. Littlewood, he realized that he had discovered one of the greatest mathematical talents the world had ever known.

Most of the scientific discoveries over the past century have occurred in Europe and the US, where a mere 10% of the world’s population live. Yet it is doubtful that Ramanujan was unique. He eventually went to Cambridge and, with Hardy, expanded the boundaries of mathematics, but he could have easily been lost to history like so many others.

Today, technology is enabling millions of would-be Ramanujans to connect and create with their own personal Hardys. A bright child in sub-Saharan Africa can access the world’s top professors on Coursera, meet people with similar interests through social media and even find gainful employment on Elance.

When Mitt Romney ran for President, he positioned himself as an entrepreneurial risk taker, someone who was willing to not only take risks, but put his money behind them. And he always made sure to surround himself with the smartest people he could find, to help ensure that those bets paid off.

Barack Obama took a different approach. His team ran 62,000 simulations per night and continuously updated their approach. Tech phenoms like Facebook and Google use similar big data techniques. Unlike the bright lights of Mitt Romney’s world, they didn’t bet on being right, but on becoming less wrong over time.

Increasingly, we no longer have to rely on failing in the real world, but can simulate failure and we have a variety of tools, such as Markov chains, agent based models and other forms of sequential analysis, which allow us to do it extremely cheaply. We need to learn to take a more Bayesian approach to strategy.

In the final analysis, failing fast and cheap is not a strategy, but a result of lazy thinking. There is nothing noble about failure and no reason we need to embrace it.

Failure is a necessary entity

Failure is a necessary entity. Through the proper handling or failure can come success. If failure is something that you can not handle, success will not be a goal that you can meet. Out of a thousand failures comes the successful idea that will change the world.