Marketing is often confused with promotion, but it’s more than that. As Peter Drucker put it, “the aim of marketing is to know and understand the customer so well the product or service fits him and sells itself.” In truth, marketing is about insights more than anything else.

Unfortunately, marketing can also be a world unto itself. A smart sounding idea can reverberate through the echo chamber and become conventional wisdom. From there, it takes on the role of an established fact and is rarely challenged.

Yet many widely held ideas are misleading, if not completely untrue and that can be a problem. When real budgets are spent on false premises, the result is not only missed opportunities, it can damage the underlying business—Pepsi’s Refresh project is but one example. Here’s a list of five things marketers should know, but usually don’t.

1. There’s No Such Thing As Engagement 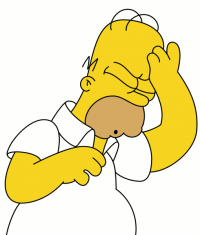 At the core of the problem is the term itself. No one really knows what “engagement” means, so they stipulate “engagement metrics” such as tweets, likes, video views and so on and then measure success by how a campaign performs against them. Of course, since only a few percent of consumers (at best) ever engage, these metrics are often suspect.

A much more sensible approach would be to throw out the term altogether and focus on value exchange, of which there are three types:

Product value exchange: This is the most obvious form of value exchange and it’s easy to find examples. Apple excels at it and so does Wal-Mart (especially when you consider that their logistics capability is a major component of everything they sell).

Content Value Exchange: Consumers increasingly expect brands to be partners by helping them get maximum utility and enjoyment out of their purchase. Probably the oldest example is the Michelin Guides, which were originally conceived to help motorists get more out of driving to new places, but have become a powerful brand themselves.

Social Value Exchange: Every pub owner has long understood that we’ll pay a whole lot more to go to a place where we can meet people than we will to get drunk at home.

While a simple change in terminology will not solve the entire problem, focusing on value exchange does help to direct action. Once you are clear about what you want to achieve, performance metrics can be designed accordingly. Babbling on about vague “engagement,” on the other hand, is just a waste of time.

The truth is that content is crap. While there are times when using the term is unavoidable (like I just did above), talking about content gets us nowhere, much like talking about “consumers” and “purchase events” doesn’t help us sell more effectively. Once we start treating things as commodities, we tend to reduce them to transactions and lose meaning.

What brands really need to do is learn how to publish. That means identifying a mission—the value you have to offer the world—and structuring an experience around it. The good news is that, unlike social or mobile, publishing is something that’s been around for awhile, so there are a lot of people who know how to do it well.

However, publishing does require an important shift in mindset for marketers. While marketing is consumer focused, publishing is mission focused. So don’t worry about content. Find your story, make sure it’s a good one and tell it well.

3. Influentials Are A Myth

In the year 2000, Malcolm Gladwell published, The Tipping Point , which became a breakaway bestseller. Probably the most intriguing concept he presented was his “Law of the Few,” which he defined as:

He went on to break these so-called “Influentials” into three categories: Connectors, Mavens and Salesmen. The corporate world was so enthralled with the idea that a cottage industry of “influence marketers” emerged that claimed to be able to identify, target and exploit these magical people.

Unfortunately, influentials are a myth. The idea isn’t exactly new either. It originated with Katz and Lazarsfeld’s concept of opinion leaders developed in the 1940’s and 1950’s. Even then, it was clear that influence is highly contextual and not dependent on innate personal characteristics.

That doesn’t mean that influence doesn’t exist, but it’s a function of networks, not the people in them. The NSA, quite famously, uses network mapping techniques to identify the leadership of terrorist cells. Other shortcuts, like the friendship paradox—your friends are more influential than you are—have been identified as well.

There are strategies that can help exploit network centrality. If you want to spread a rumor in an office, tell a smoker, they’re one step away from everybody. Promotions that encourage people to include their friends takes advantage of the friendship paradox. But if you expect to find people with magical powers of influence, you’re wasting your time.

4. Loyalty Is A Red Herring

It is generally taken as gospel among marketers that loyal consumers are more valuable than fickle ones and, if you take a look at internal consumer metrics, that’s undeniable true. Not only is a loyalty customer worth more, it is usually more expensive to win over a new customer than it is to retain an existing one.

Unfortunately, many marketers infer that means loyalty is a viable strategy, which it isn’t. They look at their brand metrics and see that, while they may be trailing the market leader by a wide margin, if they can just inch up their usage metrics a little bit, they can create major gains in market share. This is a strategy that will almost always fail.

The reason why is something called the double jeopardy law—brands with higher penetration tend to have higher loyalty as well. Although somewhat counterintuitive, the rule does make logical sense. People make repeat purchase decisions for many of the same reasons they make first purchase decisions—availability, quality and service.

The only real way to grow your brand is to win more customers.

For a long time, marketing was dominated by the purchase funnel. The basic idea was that by building awareness, you could increase your potential market. From there, the law of averages would take over and your sales would increase. We always knew that it wasn’t 100% accurate, but it was true enough that it worked very well for a long time.

Now that’s changed forever. Today, building brand awareness also builds awareness for your category and triggers searching activity online. Once that happens, a digital trail is instantly established that can be retargeted by others. So by building awareness and walking away, you can actually end up doing lead generation for your competitors.

So we have to rethink marketing strategy for the digital age, putting less emphasis on grabbing attention and more on holding attention. That means that we need to start treating our customers less like prospects and more like partners and our brands not as assets to be leveraged but as platforms for collaboration.

Most of all, we need to realize that the enhanced capabilities of digital technology have created a world in which consumers expect true value exchange, rather than buzzwords and lip service. There’s no faking that. You either deliver it or you don’t.

I enjoyed reading you post. You've brought up some great points in here. I especially agree with number 5. Thanks for sharing!