Strategy in a Networked World

Legendary strategists have long been compared to master chess players, who know the positions and capabilities of each piece on the board and are capable of thinking several moves ahead. Historically, that’s been a smart way to run businesses too.

The boundaries were marked by clear industry lines, the timelines defined by strict accounting periods and the players well known. Through clever planning and effective execution, you could create important efficiencies in crucial areas and attain dominance. 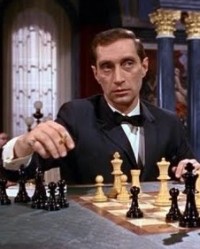 Yet strategy is no longer a game of chess because the board is no longer set out in orderly lines. Industries have become boundless and permeable. Competitive threats and transformative opportunities can come from anywhere. Strategy, therefore, is no longer a punctuated series of moves, but a process of deepening and widening connections.

The Sum Of All Efficiencies

The first person to think seriously about how businesses function was Ronald Coase. In his groundbreaking 1937 paper, he argued that firms gained competitiveness by reducing transaction costs, especially those related to information. In his view, firms could grow until the point that organizational costs cancelled out transactional benefits.

It was a revolutionary idea and Coase won the Nobel Prize largely on the strength of it. However, it was of little use to managers until Michael Porter codified its precepts in his concept of value chains in the 1980’s. 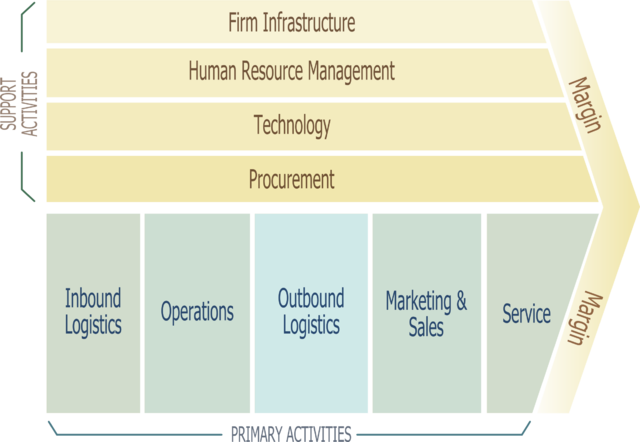 Porter’s ideas essentially provided managers with a blueprint for building competitive advantage. By increasing scale they could create efficiencies along the entire value chain through either operational excellence or bargaining power with suppliers and customers. Costs would be further reduced through scale as firms moved up the experience curve.

In effect, competitiveness was the sum of all efficiencies and you created those efficiencies by building greater scale. Bigger was, in fact, better.

The End Of Scale And The New Age Of Disruption

The world envisioned by Coase and Porter was relatively stable. Transaction costs were like weeds, which managers could gradually root out. Once the lines of competition were drawn, strategy was a mainly a matter of bringing “relative strength to bear against relative weakness,” as UCLA’s Richard Rumelt has put it.

Yet today we live in a world of accelerating returns, where cost efficiencies can improve exponentially, nullifying scale advantages. Further, technology cycles have begun to outpace planning cycles. So in the course of planning and executing any given strategy, relative strength and relative weakness are likely to change—sometimes drastically.

So we find ourselves not in an age of stability, but an age of disruption, where agility trumps scale. Strategy, therefore needs to take on a new meaning and a new role. We can no longer plan, we can only prepare. This requires what Columbia’s Rita Gunther McGrath calls a shift from “learning to plan” to “planning to learn”.

The Rise Of Ecosystems

When Jeff Bezos started Amazon, his purpose was to sell books against traditional competitors like Barnes & Noble. Yet today, Amazon is much more than a retailer. It offers cloud computing services to enterprises, builds devices and even develops TV shows. It directly competes with firms as diverse as Microsoft, Wal-Mart and Netflix.

However, Amazon is not a conglomerate, it is a platform. The same cloud architecture that runs its online store is what it offers as a service to enterprises and how it distributes entertainment to consumers. As it expands connections to into new areas, it deepens capabilities at its core. Industries are now irrelevant. What matters is ecosystems.

In today’s semantic economy, anybody can wake up in the morning with an idea, design a product online, get bids to manufacture it, crowdsource financing, promote it and arrange shipping in the cloud—all without ever getting up from the breakfast table. Proprietary assets and capabilities have given way to accessed assets and capabilities.

When Coase wrote his famous paper in 1937, transaction costs were a much heavier burden. Today’s most valuable corporate resources aren’t tied to a physical place, don’t substantially diminish with use and are easily distributed. The world has changed and so must strategy.

The Sum Of All Connections

In her excellent book, The End of Competitive Advantage

, McGrath argues that sustainable competitive advantage is no longer possible and we must be content with achieving transient advantage. In her view, rather than focusing on a distinct set of capabilities, firms must constantly be moving on to greener pastures.

While there is much value in what McGrath has to say, I’m not sure that part of her argument holds. Clearly, there are plenty of firms such as Amazon, Walmart and Apple that are able to not only maintain, but deepen their advantages over time. Sure, they’ve increased their scope as well as their scale, but their core businesses have also improved.

What’s changed is that competitive advantage is no longer the sum of all efficiencies, but the sum of all connections. Strategy, therefore, must be focused on deepening and widening networks of information, talent, partners and consumers. Brands, in effect, have become more than mere assets to be leveraged, but platforms for collaboration.

Clearly, the game of strategy has changed. Leaders today are no longer at the top of the heap, but at the center of the circle and the new role of leaders is not to merely plan and direct action, but to inspire belief. In a networked world, the best way to become a dominant player is to become an indispensable partner.

Note: An earlier version of the post first appeared in Harvard Business Review.