Even in an Age of Uncertainty, Managers Still Must Decide

Most managers take it for granted that the world has become much more volatile and complex and that we need to constantly adapt. The days when we could simply plan and execute a strategy and hope to effectively compete are long gone.

So it was notable, to say the least, when Roger Martin recently wrote in Harvard Business Review that he thinks that all the talk about adaptive strategy is a cop-out. In his mind, it is just a way for managers to get out of making hard, dangerous choices.

It’s tempting to dismiss his objections out of hand, but Martin, a former partner at the Monitor Group and Dean of the Rotman School of Management, has been one of the sharpest strategic thinkers for over two decades. While I don’t agree with much of his argument, he does make some important points that need to be addressed.

Is The World Really More Volatile? 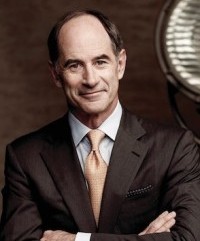 Martin’s first objection is what he sees as an obsession with VUCA (volatility, uncertainty, complexity and ambiguity). While there has been much discussion about the increased disruption that businesses face, Martin doesn’t buy it. What about the Black Plague killing 25% of Europe? Or Pearl Harbor? Those were volatile, uncertain events weren’t they?

This is a somewhat facile argument. Clearly, uncertainty is nothing new, but I don’t think anybody is arguing that it is. Just because events were never fully predictably doesn’t mean that VUCA hasn’t increased. And nobody is saying that we should abandon strategy, just that we need to rethink our approach. So on logical grounds, he’s beating a straw man.

The simple fact is that managers talk of increased VUCA because that is what they see every day. We’ve seen these broadly and within specific industries. Since 1960, the average lifespan on the S&P 500 has fallen from 60 years to less than 20 and fully 87% of the companies on the Fortune 500 in 1955 no longer exist.

But the real flaw in his argument is that he doesn’t take into account complex, second-order effects that accompany unexpected events. What’s different today is that because of technology and globalization, we’re far more connected and that multiplies the impact of unexpected events by several orders of magnitude. No problems are truly local anymore.

Strategy Is Not Planning

Martin’s rant against volatility is only a prelude to his larger point, which he says is that “people arguing that strategy needs to change are making the fundamental mistake of assuming that strategy is planning. This has never been the case.”

Here, he is on much stronger ground. For too long, managers have confused planning for the hard work of strategy. As Jack Welch put it, “the books got thicker, the printing got more sophisticated, the covers got harder and the drawing got better,” but none of that improved how enterprises performed.

, Martin defines strategy as making an integrated set of choices about “where to play and how to win,” which is a very reasonable way to go about it. I’ve defined strategy as “a coherent and substantiated logic for making one set of choices rather than another,” which amounts to much the same thing.

Yet to make decisions about “where to play and how to win” we need  to make assumptions about the state of the world, our competitors and technology. But today, billion dollar business can be built and entire categories redefined in a matter of months, so those assumptions need to be constantly revisited.

While I agree with Martin that strategy and planning are two different things, they are undeniably linked. Both require us to make predictions and prepare for future opportunities and challenges. In a fast moving world, where technological cycles outpace planning cycles, we need to continuously reevaluate the context in which we operate.

That’s why I’ve argued for a more Bayesian approach to strategy in which we’re not trying to “get it right” as much as we are trying to become less wrong over time. That requires a more adaptive approach, but also substantive differences in how we operate—less hierarchical, more agile and more sensitive to changes in the marketplace.

It also compels us to transform our business systems so that we can integrate prediction and planning into normal operations. It’s no longer possible to separate strategy from everyday activities and still make timely decisions about “where to play and how to win.” Despite Martin’s protestations, the world has become faster and by several orders of magnitude.

Happily, there does seem to be some progress on this front. I recently talked to Christian Gheorghe, a serial entrepreneur and former CTO of SAP, whose new company, Tidemark, has developed a cloud based product that integrates traditional ERP software with predictive analysis tools, in order to facilitate a more Bayesian approach.

Strategy Is Still About Making Choices

Clearly, Martin has made some weak arguments, but as I noted above, that shouldn’t obscure his underlying point, which is an important one. Strategy has always required us to make hard choices in an uncertain context and managers have shown a disturbing tendency to seize on any pretext to avoid making those choices.

As he describes in an earlier piece in Harvard Business Review, VUCA is only the latest in a long line of such pretexts. However, as he also writes in that article, “the natural reaction is to make the challenge less daunting by turning it into a problem that can be solved with tried and tested tools” and that’s where he veers off course.

Bayesian strategy is not a reversion to earlier toolsets, but a recognition that our present ones are woefully inadequate. In effect, we must continue to define “where to play and how to win,” but on a radically compressed time frame. That doesn’t make strategy easier, it makes it exponentially harder.

Yet still, it must be done. In an age of disruption, the only viable strategy is to adapt.