The unicorn is perhaps unique among myths in that the creature doesn’t appear in the mythology of any culture. The ancient Greeks, for all of their centaurs, hydras and medusas, never had any stories of unicorns, they simply believed that some existed somewhere.

Of course, nobody had ever seen one, but they believed others had. Travelers would go to far-away places, bring back stories of them and speak of the magical properties contained in their horns. Alas, no matter how hard anyone searched for unicorns, none were ever found.

Unfortunately, we don’t seem to have progressed much since then. Today, otherwise competent professionals are busy chasing their own unicorns. They hear stories of new practices, consumers and strategies and off they go, chasing what isn’t there. This is an enormous waste of time. We need to stop chasing unicorns and start killing them off.

The Strange Case of Cargo Cults

Humans, whether ancient or modern, have an unfortunate tendency to confuse causes and effects. Go to Silicon Valley, meet a few software billionaires and it’s easy to assume that everybody who is a billionaire is in the software business. Spend time in Russia and it becomes natural to think that anyone with money is corrupt.

A particularly interesting historical example are the cargo cults that emerged in the South Pacific after World War II. Many indigenous people saw soldiers build airstrips and soon after saw cargo planes appear. After the soldiers left, they built their own improvised airfields in the hopes that valuable cargo drop would from the sky for them too.

Logicians call these types fallacies affirming the consequent and they are devilishly hard to root out because they arise from genuine observations. Both software and corruption can result in wealth. Cargo really did appear at military airfields. But just because events coincide, doesn’t mean that they are inextricably linked.

Yet when business analysts look at data, they too often mistake correlation for causality. Just as it’s easy to assume that all billionaires in California made their money in high tech and all Russians are corrupt, they disregard the data that they can’t see. So, just like primitive tribes, they create myths based on incomplete data. 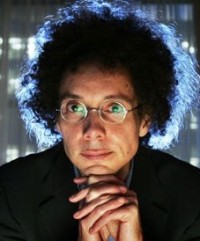 One of the things that make myths so attractive is that they are not only unknown, but unknowable. It was said that powder made from the horn of a unicorn had magical properties to purify water because… why not? If impure water is a poorly understood problem, a fabricated solution provides hope, not to mention a profit opportunity.

In his book, The Tipping Point , author Malcolm Gladwell makes the same mistake with regard to social epidemics—viral cascades of ideas that are elusively transferred from one person to another. He writes:

He calls this his “Law of the Few” and it is very convincing. We all know people who seem to have rare social gifts, such as those with lots of friends or the gift of gab, and it makes sense that that such “influentials” would play an important role in the spread of ideas. Unfortunately, influentials are a myth.

The truth is that social influence is quite complex and defies simple explanations. The science of networks does offer a very effective framework for understanding social epidemics, but it is highly mathematical and somewhat counterintuitive, so most people are perfectly happy to chase the influential myth even though it’s all for naught.

The Hunt For Millennial Wisdom

Take a look at any emerging trend and you’re likely to find young people at the forefront. Whether it’s pet rocks or car surfing, if it’s new and different, you can bet the kids will be doing it. The younger you are, the less habits you’ve built up, so you’re more willing to try new things.

Of course, not all things kids do are stupid. They are also much more willing to experiment with new technologies. If you’re just starting to use financial services, it makes no sense to bank by phone when you can use the Internet. So you naturally gravitate to the latest technology.

The problem comes when we turn this relatively simple phenomenon into a unicorn, like we have with today’s younger generation, who many seem to think have some sort of unique wisdom. To get a sense of what I mean, look at this chart which purports to show how Millennials are different from the rest of us:

Is there really a substantive difference between a “killer life” and a “killer lifestyle?” Or between self reliant and self inventive? These are distinctions without real differences. Are there really fewer “latch-key kids” today even though the percentage of single parent homes has been roughly unchanged for the past 20 years?

The answer is clearly no, but the myth endures with little or no data to support it. In fact, a recent article in Harvard Business Review shows that much of what we hear about Millennials is demonstrably false.

The reality is that people change as they get older. We Gen-Xers were branded as slackers and we were. But then we got jobs, which turned into careers, got married and had kids. Before we knew it, we were working our asses off and began to look a whole lot more like earlier generations.

Incidentally, a lot of the same things can be said of people in developing countries. When I first moved to Poland in the late 90’s, there was no consumer banking to speak of, so they jumped right to Internet banking. Today, mobile banking is getting far more traction in Africa than it does here. Yet we don’t lionize developing nations like we do Millennials.

Most market categories have a clear leader and everybody else is trying desperately to catch up. The problem is that leaders have big advantages, like higher brand recognition, larger budgets and more shelf space. So marketers are always looking for clever ways to get an edge and increase market share.

Unfortunately, that usually leads them to loyalty. As they are poring over their brand metrics, they inevitably notice that they not only are lagging behind in the number of customers they have, but also in repeat purchases. It seems that if they could just raise the loyalty of their existing customers a little bit, market share would increase significantly.

Alas, the strategy is not very clever. In fact, it’s a unicorn. The truth is that, in almost all cases, loyalty is highly correlated with market penetration. So the best way to increase loyalty is, in fact, to go out and win more customers. It is very difficult, if not impossible, to grow market share through loyalty alone.

This seems counterintuitive, but shouldn’t be because the very same factors that affect an initial purchase, such as brand recognition, marketing budget and shelf space, have similar effects for repeat purchases. Your best bet is to figure out how you can go out and win more customers. Chances are, loyalty will improve too.

How To Kill Unicorns

We all chase unicorns sometimes. It’s somewhat unavoidable. We have far too many problems to deal with in both our personal and professional lives to thoroughly investigate every option, so it’s understandable that when we see a solution that makes intuitive sense, we jump at it.

However, impulses have a nasty way of becoming habits and that’s where we get into trouble. Before we know it, we are making substantial decisions based on myth and conjecture, often without even realizing it. The best way to kill the unicorns is by applying the principle of falsifiability.

While nothing can be proven beyond all doubt, we can see what is patently not true simply by stating it as a testable hypothesis: Are influentials more likely to create viral cascades? Is there measurable variance between millennials and previous generations? Is it any easier to increase loyalty than market penetration? The answer to these questions is clearly no.

Unfortunately, belief is a very hard thing to shake. Even today, islanders in the South Pacific continue to don makeshift helmets and wave batons in the hope that someday, planes carrying precious cargo will return.