If We Are Going to Compete for the Future, We Need To Do These 6 Things

Success used to be simple. You got a good education, found a job with a solid firm, worked hard and saved. Then you raised your kids to do the same. If you did the right things, you weren’t guaranteed riches, but a decent life was nearly a sure thing.

That’s no longer true. Technology is replacing human labor like never before. In 1979, General Motors employed over 800,000 people. Yet today, just a small fraction of that number works at places like Google, Microsoft and Facebook, even though they earn far more.

And it’s not just large corporations that are being affected. Machines are replacing humans in fields a varied as medicine, law and even creative fields. Digital technology also allows superstars to be everywhere at once, displacing those who are merely competent. These trends are putting an enormous strain on our society. Here are 6 things we can do about it. 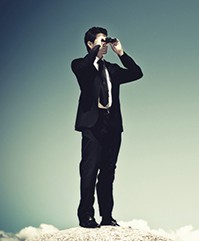 Clearly, as the world’s economy becomes increasingly technologically driven, an educated workforce is absolutely essential. Yet in the latest international PISA tests, which measure not just knowledge but reasoning ability, US students ranked 36th, 28th and 24th respectively in math, science and reading. Not exactly setting the world on fire.

In The Smartest Kids in the World, author Amanda Ripley offers some smart suggestions for how we can improve. First, rather than retroactively trying to improve the quality of teachers, we should raise the standards for getting accredited in the first place. We should also put less emphasis on tracking, so that we don’t leave kids behind.

Technology can also help, but it’s not a panacea. As Katharine Frase, CTO at IBM’s Public Sector division puts it, “It’s not as simple as handing a child a tablet and waiting for the magic to happen.” Her company is currently running a pilot project that uses cognitive computing to develop personalized education programs for students.

Finally, we need to fix immigration. It simply doesn’t make sense to educate the world’s best and brightest and then kick them out of the country.

A 2008 report by the National Science foundation warned that declining US government support for academic research was a threat to competitiveness. Since then, the situation has worsened because of the sequester and other budget cuts.

It’s difficult to overestimate the role that government funding plays in making the US a technological powerhouse. But to get an idea, just look at the iPhone. Virtually every component—the basic architecture, the microchips, the Internet, GPS and Siri—all benefitted from government funding.

In truth, entrepreneurs function as a “last mile” for innovation. They are great at building applications, user experience and bringing products to market, but are less capable of investing in the basic research that makes breakthroughs and creates new paradigms.

If we expect to own the future, we’d better start investing in it now.

Look at just about any problem we have today and you can trace it back to energy somehow—greenhouse gasses, turmoil in the Middle East, Russia’s newfound aggressiveness. In almost every context, it is energy that makes modern life possible and it is the struggle over scarce energy resources that makes the modern world difficult.

At the center of the issue is the fact that historically we have acquired energy by digging it out of the ground. In many ways, geography has determined destiny. However, increasingly we’re learning how to get energy from algorithms rather than from drilling or mining.

These are all good signs, but if we are to secure our future, we need to step up efforts to secure clean, renewable energy at a competitive price.

In 2011, the US spent about 18% of GDP on healthcare, which is roughly twice as much as other developed nations. That’s an enormous drag on our economy and the chief driver of our budget deficits.

As T.R. Reid explains in The Healing of America, much of this differential can be attributed to poor policy. The US healthcare system is not only less effective, but has considerably higher administration costs than other countries. Other factors, such as the lack of primary care and excessive litigation also have significant, albeit lesser, impact.

Yet here too technology is likely to play a role. New approaches, such as pharmacogenetics, help personalize medicine so that the right treatments get to the right people. Electronic Health Records combined with advanced computing systems like IBM’s Watson Paths can further increase efficiency, effectiveness and safety.

5. Learn To Collaborate With Machines

In the early age of airplanes, pilots had to rely on their vision, reflexes and instincts. Today, however, they fly-by-wire, meaning that they don’t actually control the aircraft’s mechanism, but operate a computer that does. Pilots set the flight plan, communicate with the control tower, make adjustments when they need to, but algorithms fly the plane.

In much the same way, high-paid executives have been prized for their ability to master important information. They studied hard at school, crammed information into their heads and got good grades. Yet today, a relatively bright high schooler armed with a smartphone commands far more informational resources than even a genius of a generation ago.

That’s why success in the future will be far more dependent on our ability to collaborate with machines—and with each other—than the ability to store and process information. MIT’s Andrew McAfee even goes as far as to suggest that we should no longer depend on our own judgment, but rather focus on building better models for machines to execute.

6. Rewire The Software Of Our Organizations

The industrial revolution enabled us to dramatically increase scale and efficiency. Cottage industries were replaced by massive factories that could spit out enormous quantities of identical products. For over a century, we engineered organizations to work the same way—execute a large number of operations, while minimizing cost and error.

Yet these days, routine work increasingly being automated. We no longer need organizations to perform uniform operations, algorithms can do that far more efficiently. Today, we need our enterprises to be generators of ideas, pavers of new paths and creators of new paradigms.

The world has changed. Clearly, we need to change the software of our organizations in order to be compatible with the cold, hard realities of today. It is no longer efficiency that will determine the fate of an enterprise any more, but reimagination.