Now, Highly Paid Consultants Are Getting Disrupted Too

In the late 1960’s, minimills like Nucor started using a new process that could produce low grades of steel more efficiently than the big integrated steel makers. These, however, were the lowest margin products in the industry and didn’t seem much of a threat to the big guys.

In The Innovator's Dilemma, Clayton Christensen describes what happened next. As minimill technology improved, it began producing higher grades of steel. The integrated mills migrated upward until, by the late 1980′s, they had forfeited much of their market.

We’ve seen the same dynamic play out time and time again across a variety of industries. Digital cameras, cloud based software, rental cars, education and a host of others. Yet now we’re starting to see it take hold in the high-brow market for professional services. It’s still in its early stages, but history—as well as economics—doesn’t favor the incumbents.

In 2005, Amazon launched its Mechanical Turk service which allows people to earn money doing rudimentary tasks, like completing an Internet search or reading numbers off of an image. Yet soon it was discovered by social science researchers, who used the service to expand survey questionnaires beyond undergraduate students and do other simple tasks. 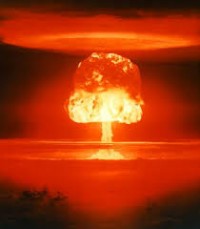 Since then, the idea of using the Internet to match people to short term jobs has caught on. On Canada’s AskForTask you can find someone to walk your dog, clean your house or even babysit your kids. Corporations also use the AskForTask to find people to do things like help set up for an event and test new mobile apps.

There are also services that specialize in skilled tasks. Elance has over 3 million freelancers who are accredited in skills ranging from graphic design to data science. TopTal focuses on “rock star” programmers who do advanced work in development languages like Ruby on Rails and Python.

Muneeb Mushtaq, CEO of AskForTask points out that the service is not so much about technology or even strictly making money, but creating connections. People who need jobs done and people looking to earn extra money can find each other without anyone in the middle. The result is a cheaper, more streamlined process and a new era of talent.

Those same forces are now about to disrupt highly paid consultants as well.

If you work with an ad agency, you are expected to go through an elaborate briefing process. First, you need to brief an account executive, who then goes back and sets up a “kick off” meeting where a large team discusses the project. Some senior people discuss strategy for a while and before you know it, $10,000 has been billed and not a pixel moved!

John Winsor, a highly successful ad executive and entrepreneur, developed a different approach with his new company, Victors and Spoils. Instead of keeping a full staff, it outsources its briefs to outside creatives and sees what they come up with. The model has proven highly effective and others, such as Poptent have also sprung up.

As Winsor pointed out in a recent blog post, these trends have led clients to cut agencies out of the loop. Why deal with the cumbersome process and high overhead of an agency when you can reach out to the talent yourself?

The “Firm” Under Attack

The holy grail of professional services are the blue chip consultancies like McKinsey and Bain. As Duff McDonald describes in The Firm, they get paid top dollar to dole out advice to the world’s largest corporations. Yet the truth is that, while you pay for the partners, it’s the associates that do all the work.

Rajeev Jeyakumar worked at a boutique consulting firm for five years before getting his MBA at Wharton. While he was there, he noticed that many of his friends were doing side jobs to earn extra money. They had become proficient in basic consulting tasks like building financial models, performing market analysis and formulating business plans.

It was with that insight that he founded SkillBridge to match consultants with companies. Most of the consultants come from top tier firms, but don’t want the the long hours and extensive travel that they demand. Many are stay-at-home moms who want to keep their skills sharp and earn money while still maintaining a home life.

Although only active for about 10 months, the company is off to a great start. It’s sold a few hundred thousands dollars worth of projects to a variety of firms, from mid-size private equity funds all the way up to well known names such as Estée Lauder and Warby Parker.

At an advertising agency I used to work at, one of the senior executives was fond of saying that poor execution undermined business model. What I think she really meant was that when we screwed up, it had a deleterious effect on our P&L. Not a tremendous insight, but a telling statement nonetheless.

What her comments showed was a complete misunderstanding of what a business model is. It is not a business plan, but a coherent logic for creating, delivering and capturing value. And when it comes to professional services, it increasingly appears that the model is broken, even if its executed well.

Of course, these new web-powered professional service organizations, much like the minimills in the steel industry a generation ago, are mostly focused on the lower end of the market. Yet, as we’ve already seen, that can change fast and, when it does the market for professional services will likely be transformed.