Mass Personalization Is Coming. Are We Ready For It?

The modern world can be a dehumanizing place. Long gone is the sweet little old lady at the drugstore counter, replaced by big box retailers, brand logos and barcodes. We’re more often“handled” than serviced, calculated, rather than cared for.

That’s about to change in a big way. When I recently spoke to Bernie Meyerson, IBM’s Vice President of Innovation, about trends for the next five years, he repeatedly stressed personalization as one of the most important things the company is working on. 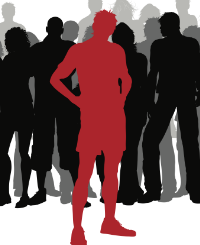 Yet, instead of the sweet little old lady behind the counter who has known you for years, the new personalization will come in the guise of a stranger armed with learning algorithms. That’s quite a bit different and not without its problems. As big data opens up a new world of possibilities, we’re going to have to come to terms with what we really want.

Are You An Outlier?

In the industrial age, mass production led to mass marketing. Rather than cater to individual clients, corporations learned to create products that would suit most people. Marketing became a game of statistics and firms learned to see consumers like this: 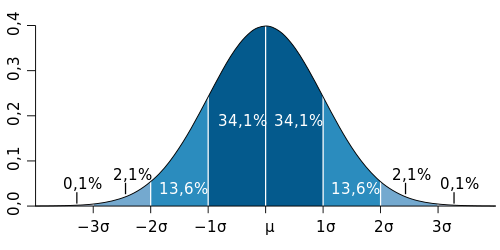 They would shoot for the middle, knowing that their product would suit two-thirds of the market very well and 95% of the market to some extent. It wasn’t perfect, because that left quite a few people underserved, but if you wanted to ring up big sales, you shot for the meaty part of the curve.

The problem is that none of us are average. We’re all unique in our own way. This hit home to me when I was living in Eastern Europe and every time I went on a weekend trip, my credit card would get blocked. Even fairly ordinary activity for me looked strange to my American bank.

Marketers tried to cope by identifying niche markets with their own statistical curves of probability, but it was a blunt tool at best.

With technology getting cheaper and more efficient at exponential rates, firms are able to store and process an amazing array of information about us and, as we are increasingly sending them a continuous stream of information through the Web of Things, marketers are learning to see us more like this: 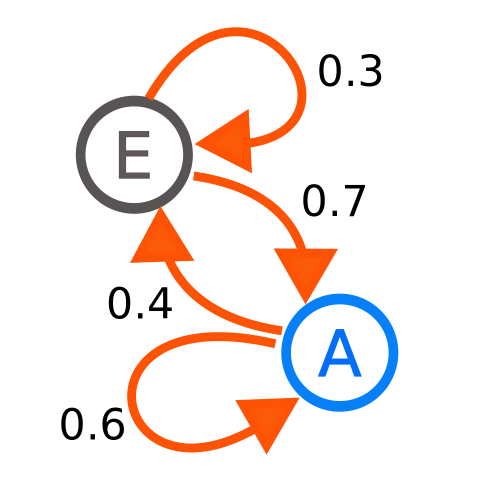 This is obviously more complicated, so I’ll explain. Imagine you do three things: work, sleep and eat. By monitoring you, it could calculated that if you just woke up, there are discrete probabilities that you would then work, eat or go back to sleep. By adding just a few more variables, such as date and time, this model could be made fairly accurate.

Of course, the model I just described is an exceedingly simple one, but today’s computers have the ability to work with hundreds of variables and work in real time. So, in the future, my bank will be able to look at my own habits to determine suspicious behavior and also know that if I just stepped off a plane, those habits are likely to change.

In effect, marketers are seeing us less as inert data points on a distribution curve and more as unique sets of patterns that can be identified, analyzed and catered to.

Sharing More Information Than We Think

We are all constantly giving out signals to the world. If we go to a fancy restaurant, we will pay a lot of attention to how we will dress. Some of us will dress up in order to look like we belong, while others will dress down to that show we don’t care. If we’re angry and want to complain, we’ll be sure to alter our tone of voice in order to display our discontent.

Yet technology can decipher signals that we aren’t even aware of. Mattersight is a company that has developed software that can analyze your personality during a routine customer service call. In his book, Honest Signals

So we can imagine that in the future when we walk into a store, facial recognition software will recognize whether we’ve been there before, analyze our buying history, predict whether we are there to buy or browse and alert a salesperson who has a compatible personality to wait on us. All of this technology already exists in one form or another.

Clearly, this would improve service. It’s hard to see a store with that kind of capability refusing to show Oprah Winfrey an expensive bag. Yet how much do we want strangers to know about us? How much control should we have over our data. Do we have the right to see our own financial and psychological profiles?

In the 1960’s, Marshall McLuhan argued that the inevitable consequence of information technology would be a global village where our consciousness extends out and the world looks in. He considered the shift transformative, but value neutral, where we all become closer as a human race, but also more tribal.

There is a quaintness to villages, but they also chafe, with petty gossip and rivalries that can feel restricting. While we take comfort in other people, we take shelter in anonymity. It’s true that “we all want to go to a place where everybody knows our name,” but we also like to leave. In a world of mass personalization, that may no longer be possible.

Joelle Kaufman, Head of Marketing at BloomReach, a company developing personalization solutions for e-commerce, believes that the key to managing the conflict is through value and transparency and that it is incumbent upon merchants to give consumers control and ensure that they collect the least amount of information to give us what we want.

She may be right. Credit ratings agencies have been collecting information on us for decades and we accept it without much complaint. But I’m not so sure. Clearly, there is a dark side to technology. Along with mass personalization we’re also building massively intelligent systems that can know us in a way that even those closest to us don’t.

One thing is for sure. Our technology is getting to know us to a degree that was unthinkable even a few short years ago and we’re all going to have to decide how we feel about it.