In the 1950’s, Haloid Corporation thought it had a winning product. Through some clever engineering, it had created new technology that was leaps and bound better than anything that had come before it. The only problem was that nobody wanted to buy it.

Then the company’s president had an epiphany. If no one wanted to buy their copy machines, maybe some would be willing to lease? That, it turns out, was a multi-billion dollar idea and the company, now known as Xerox, became one of the world’s leading companies.

Isolated innovations are unlikely to make a significant impact on performance unless there is a commensurate change in how the enterprise operates. A new product, target market or revenue stream may move the needle slightly, but rarely more. To create meaningful change, we need to transform the business model. Here’s what you need to know: 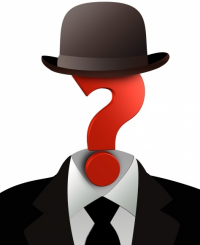 In the post-war economy after World War II, we built enormous enterprises to mass produce products and mass market them to consumers. It was then that strategic planning took hold.  Senior management would formulate a plan and those lower down would execute it. If the machine ran well, things went smoothly.

Yet as Henry Mintzberg described in The Rise & Fall of Strategic Planning, by the 1980’s the seams started to show. When Jack Welch became CEO at General Electric, he largely dismantled the strategic planning process and, as he detailed in this HBR interview, put his efforts into streamlining the organization.

Since then, others have questioned the legitimacy of strategic planning. Roger Martin urges managers to not let strategy become planning. Steve Blank says that a business plan never survives first contact with the consumer. Strategy is becoming a Bayesian process. We need  to put less effort into being “right” and more into becoming less wrong over time.

And that means we need to stop planning and start preparing.  While planning allows us to make decisions early, it is through preparing—by deepening and expanding capabilities—that we develop the ability to make decisions as late as possible and adapt to change in real time.

2. Think About How You Create, Deliver And Capture Value

While a business plan requires specific projections of revenues and costs, a business model does not. It is, put simply, a coherent logic for how you create, deliver and capture value. Firms that can combine those three elements in a compelling way build enormously successful enterprises.

Unfortunately, in today’s world technology cycles have become increasingly short and, whatever business you’re in, you can be sure that at least one of the three elements is being degraded. The ugly truth is that business models no longer last and you need to be constantly innovating yours.

Yet—and this is a crucial point—that doesn’t mean that you should constantly be turning everything upside down. That will only throw your organization into disarray. But it does mean that you need to be constantly reevaluating how you do things and asking hard questions.

How can we create new value? Can we deliver that value in a different way? Is there a way we can capture value more effectively? It is through continually innovating the various components of the enterprise and coming up with new combinations that value will be unleashed.

3. Produce a Minimally Viable Product Along With A Business Model Canvas

I used to run a dominant digital business which commanded a 40%-50% share of its market. That allowed us to build up considerably greater engineering resources than our competitors, which we saw as a crucial competitive advantage. In order to capitalize on that advantage, we planned major projects that none of our rivals could match.

Unfortunately, what we found was that during the 6-12 month development process, needs in the marketplace would change and we would have to continually alter project specifications. The result was that our massive projects were full of bugs, they came in late and then we had to spend even more time fixing them.

Finally, we got smart and started developing minimally viable products, which were usually completed in six weeks. They didn’t set the world on fire, but they launched on time and we could gauge consumer reaction in the real world. We would then use that knowledge to improve the next six week project.

It is in that spirit of iteration that Alex Osterwalder created the business model canvas, which clearly lays out which assumptions you have to test even before you build a product. It’s not designed to predict performance as a business plan is, but helps work through the logic of how you’re going to make money. In the final analysis, that’s what really matters.

Generating a successful business model is hard enough, but the real danger comes when it’s time to scale it. As every entrepreneur knows, growth can kill a business. As you bring in new people and resources to keep up with demand, performance often suffers. Then comes the inevitable reorganization effort and from there things can go downhill fast.

Bob Sutton and Huggy Rao offer some great advice on how to scale smart in their new book, Scaling Up Excellence.  One of their central points is the distinction they make between “Catholic” and “Buddhist” organizations. While the former relies on practices, the latter focuses on philosophy.

It’s easy to put out an employee handbook with a set of rules for employees to follow. What’s much harder is to communicate the logic of your business model and let your team decide how best to pursue objectives. Yet to succeed in today’s fast changing business world, not to mention operate in diverse market conditions, that’s what you need to do.

In the 20th century, the path to business success was paved by creating sustainable competitive advantage through continuous improvement. Even a relatively small advantage, patiently pursued, could build into a commanding lead.

Yet now even the most dominant firms, such as Blockbuster and Kodak are being upended. In fact, a study by Innosight found that the average life on the S&P 500 has declined from 61 years in 1958 to only 18 today. That’s why Columbia’s Rita Gunther McGrath suggests in her book that we should not pursue competitive advantage but transient advantage.

And that, I think is the essence of innovating your business model. It’s not a search for some timeless holy grail, but a constant pursuit for how you can best create, deliver and capture value. Even the best models will eventually fail. So it’s never too early to begin experimenting with a new one.