Why We Need to Change the Software in Our Organizations

Years ago, there was a popular cartoon with a caption that said, “To err is human, to really foul things up requires a computer.” Technology back then was very tightly engineered to do specific, rote operations and if you went outside that box, you were asking for trouble.

But computing has changed a lot over the years and we’ve come to expect more. Big data, machine learning and cognitive computing have transformed our devices into helpful companions, able to adapt to our particular context and solve complex problems.

Unfortunately, our organizations haven’t kept pace. The computing elements—also known as people—are organized by strict job descriptions and performance is measured in those terms. That worked fine when markets were stable, but in our age of disruption, it often spells disaster. Clearly, we need to change the software in our organizations. 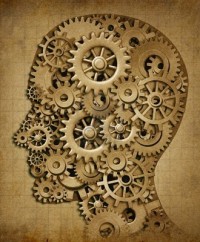 Some years ago, I was called in to help a prestigious consultancy with a restructuring project. In consultant-speak, restructuring is a euphemism for a last ditch attempt to save a company that has gone very wrong and is now at death’s door. They wanted my input on cutting marketing costs.

When I arrived, the twenty-three year old in charge helpfully explained to me that he wanted to increase sales and didn’t want any touchy-feely branding ideas. He showed me the media plan and asked where we could trim non-essential spending.

“Why don’t you cut the prices in half?” I asked.

The confused look he gave me was priceless. He had been working on the project for a week or so and, as a talented spreadsheet jockey, he knew the financials backwards and forwards. What he didn’t do was pick up the phone and check rates, which were roughly double what they should have been.

The consultancy in question was prestigious for a reason, they were very good at what they did and had saved a number of firms from sure ruin. They just weren’t engineered to work in the rough and tumble world of media trading. What was simple from my perspective, just didn’t compute in their organizational software.

Programming For Jobs Instead Of Function

In their book, Creative Confidence, IDEO’s David and Tom Kelley tell the story of Doug Dietz, an engineer who has spent his career designing medical imaging systems for General Electric. A while back, he won a prestigious design award for a new MRI machine and he was excited to go to a hospital and see it in action.

Yet, when he got to the pediatric ward, it wasn’t pride he felt, but horror. The sleek, multimillion dollar piece of machinery caused so much terror in children that as many as 80% of pediatric patients needed to be sedated. He had done a great job of designing for the needs of doctors and hospitals, but the patients themselves never entered his mind.

Taking this new insight into account, he went back to the drawing board and created a new adventure series of MRI machines. Now, instead of being herded into a scary machine, kids are immersed into a story, like a pirate ship or space adventure, complete with a script for machine operators and a treasure at the end.

What Dietz did was much more than change specifications, he reimagined the purpose of his work. That’s the difference between performing a function and doing a job. Jobs change, functions don’t. The world has become an unforgiving place and we can no longer afford to think in terms of functions. We must adapt.

The Power Of The Pivot

A fundamental tenet of corporate strategy has been planning. You research the plan, formulate the plan and then execute the plan. Plans come from the top and those below are supposed to fall in line, play their role and not ask too many questions. They will be evaluated and compensated by how well they perform their particular function.

Yet as innovation researcher Tim Kastelle points out, traditional top down analysis usually fails in new environments and as fast as things change today, nobody has the luxury of playing the same old game anymore. The reality is that, as this HBR article puts it, business plans rarely survive first contact with customers.

That’s why the lean startup movement is gaining steam even for large corporations like GE, Qualcomm and Intuit. Steve Blank, who pioneered the approach, emphasizes the importance of the pivot. No matter how much effort you put into researching the opportunity, at least one of your key assumptions will be wrong and you’ll have to adjust.

It should be clear by now that the plan-develop-execute model no longer works. Today, you have to develop a minimally viable product, put it in front of customers, continually evaluate its performance and constantly iterate new solutions. Very few organizations today are set up to do that.

The modern corporation works very much like an orchestra. Leadership’s function is to guide a diverse set of functional units through a predetermined program. If someone starts playing out of tune, they must be brought back into line or eliminated. That’s how we train, evaluate and reward people, so that’s how they perform.

The problem, of course, is that in real world doesn’t work like that. We frequently encounter problems that lie beyond our job description. When that happens, we go to a guy down the hall and hope that he has been programmed for that particular function. If not, the problem doesn’t get solved. This is a very silly way to operate.

We need to start managing less like an orchestra and more like a jazz ensemble, where we prepare rather than plan, improvisation is encouraged rather than penalized and failure is expected rather than condemned.

People are different than other resources because they are, hopefully, intelligent. They can dream, adapt and learn new skills. There are, in truth, very few jobs that are so complex that they can’t be learned in six months and mastered in two years. So why are people still expected to spend 20 or 30 years doing the same job in the same industry?

Unfortunately, we still treat people as functional units. We go to great lengths to prepare detailed job specifications, train them only for skills directly related to those specifications and, when they need to be replaced, look for a functional equivalent. We replace the cog and expect the machine to keep running.

The reality is that we need to start doing the opposite. Pushing people to do jobs that they are not qualified for, getting them to stretch and hiring new employees that aren’t a perfect fit, but will challenge the enterprise. We are in a new era of talent and can’t assume that the skills we needed last year are the ones we’ll need next year.

In the last decade, we’ve seen a revolution in technology. It’s become intelligent, adaptive and scalable. Shouldn’t we expect the same from our organizations?