So, MTV's Virtual Laguna Beach is finally official although still in beta. See a press release from There and a news report from here (couldn't resist).

In a nutshell, "Virtual Laguna Beach is the first in a string of new social-networking platforms from MTV Networks, resulting in interactive experiences that let viewers personally experience - and 'live' for themselves - the content they see on-air." Here are a few images I took during my first hour in the world. If you have never seen the show, there are a few clips on YouTube.

The map of the place. The white borders to the site - North Laguna Beach and South Laguna Beach - promise that the world will grow in the future. See how the virtual town compares to the real one on Google maps. 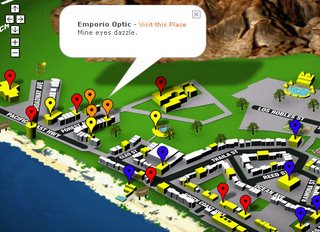 A close-up view of the map. Quite a few places to hang out and shop. Names of the streets are real. 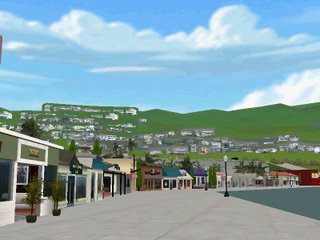 Zooming in closer - a virtual Laguna Beach street. No billboards yet. 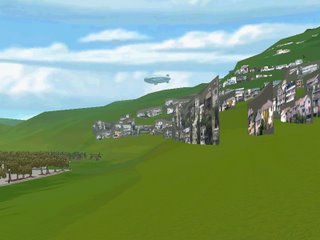 The houses on the hills are actually flat decorative facades and create a weird Truman Show kind of feeling. VLB is not connected to the rest of There; you actually need to download a separate customized client. The place is physically limited by mountains that you can't climb over. The blimp in the sky advertises the Emporio-Optic store (I think). A store with the same name exists in the real world. 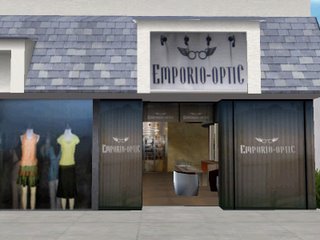 This is the in-world version. You can buy glasses there. 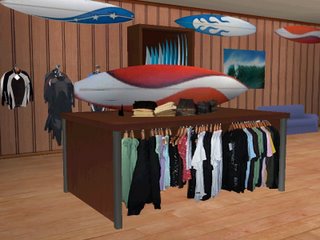 A surf shop where you can buy clothes. Your avatar comes endowed with 5000 MTV$. You can buy more money at an exchange rate of $1-MTV$ 1800. 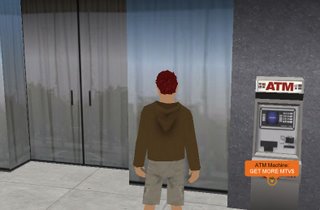 ATMs are conveniently located around the city and allow to get virtual cash from within the game. 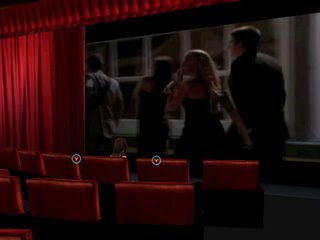 The cinema plays an episode from the show. Don't know if there are any commercial breaks. That would be fun, though. 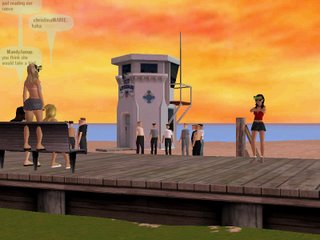 Quite a few people on the beach despite the early AM hour.